Financial Education Programs in the Workplace Lead to Notable Benefits 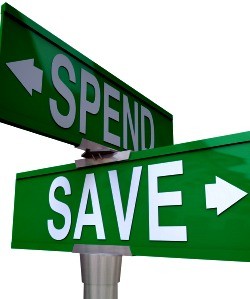 Financial education programs in the workplace might prove to be a mutually beneficial situation for both employees and employers, according to TIME magazine. TIME cited a study conducted by The Principal Financial Group, which found that employees who received in-person, one-on-one retirement plan advice were significantly more likely to make decisions to increase their retirement savings and thus boost their retirement income. The Principal reports that, of the employees who participated in a one-on-one financial education session, 92 percent agreed to take steps to boost their retirement savings, and 80 percent actually completed these steps.

These statistics represent a significant improvement relative to the financial decisions employees make (or neglect to make) when they do not receive any form of financial guidance. CBS News reports that, while most 401(k) plan sponsors and administrators offer online educational tools to employees to help them prepare retirement income projections and plan accordingly, a maximum of only 25 percent of these employees actually use such tools. As Barrie Christman, The Principal Financial’s vice president of individual investor services, stated in a company press release, “We know from face-to-face educational meetings that retirement savers benefit from hearing a person explain how the retirement plan works rather than having to shuffle through documents by themselves.”

In addition to helping employees better plan their finances, financial education programs have been proven to increase employee efficiency in the workplace, which in turn benefits companies, TIME reports. The reason for this increase, according to the workplace program provider Financial Education and Literacy Advisers, is the fact that American employees “spend an average of 28 hours a month researching personal financial issues. This lost productivity across an organization can be translated into real dollars - as much as $5,000 per employee per year.” Due to the efficiency-enhancing effects of financial education programs, the International Foundation of Employee Benefit Plans found that 43 percent of employers currently implement such programs in their employee benefits packages.

During a time when government and employer-provided financial support systems are floundering, financial literacy on the part of workers and companies is becoming increasingly important. Forbes reported that the Social Security trust fund will only be able to pay 75 percent of expected benefits after the year 2033. Traditional pensions are also on the decline - from 112,000 in the 1980s to a mere 25,000 in 2011. Thus, early financial education and planning, along with consistent saving, have become all the more crucial for the American employee.