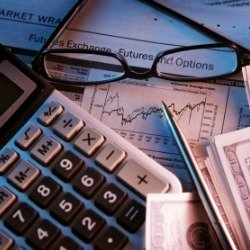 With the impending presidential elections, the American public has routinely questioned both Obama and Romney on their financial plans for the country, and whether these plans are well-informed and viable. However, a recent study conducted by the Library of Congress for the Securities Exchange Commission has discovered that most Americans would do well to ask themselves similar questions when considering their own financial decisions. As The Wall Street Journal’s Neal Lipschutz reports, the SEC’s study found that “American investors do not understand the most basic financial concepts, such as the time value of money, compound interest and inflation. Investors also lack essential knowledge about more sophisticated concepts, such as the meaning of stocks and bonds; the role of interest rates in the pricing of securities; the function of the stock market; and the value of portfolio diversification.”

This lack of financial literacy among the general American population is deeply concerning, as individual investor decisions can have a collective effect on the nation’s economy. America’s recent housing crisis (which resulted from homeowners’ widespread inability to pay their mortgages) and its contribution to the nation’s economic troubles attest to this fact. People’s choices regarding their personal finances can also have a profound effect on their ability to retire with adequate funds. As The Wall Street Journal’s David Wessel points out, approximately one-third of working-age households will not have adequate income for retirement, even if they work until age 70.

The SEC’s report also found that many investors “lack critical knowledge about investment fraud,” according to The Christian Science Monitor. As ABC News reported back in 2009, investment and other corporate fraud was directly connected to the economic crisis of 2007. Thus, properly educating Americans about detecting and avoiding financial scams is crucial in building and maintaining a solid recovery of the country’s economy. The current statistics on this subject represent a grim uphill battle. The Motley Fool, an internet-based investment and personal finance resource, cites a 2009 National Financial Capability Study that found that a mere 15 percent of study respondents had “checked an advisor’s background or credentials with a state or federal regulator.”

Of particular concern is the fact that youth and young adults seem to be the demographics most negatively affected by financial illiteracy. The Financial Capability study, conducted by the Financial Industry Regulatory Authority (FINRA), found that young adults (18-29 year olds) were the age group most likely to lack an emergency savings plan, exceed their credit card limits, and receive late fees on their credit accounts. Furthermore, in a questionnaire about sound financial practices, FINRA found that young adults were significantly more likely than their older peers (individuals 30+ years of age) to answer fundamental investment questions incorrectly.

Potential solutions to this problem seem simple and relatively cost effective, and involve educational and preventative measures. Just as health education can save people thousands of dollars in medical bills later in their life, so financial education can help individuals make wiser decisions in the present to avoid negative personal and social consequences in the future. Both The Wall Street Journal’s Neal Lipschutz and The Motley Fool’s Jason Moser call for a required financial literacy course in American high schools. Similar requirements could be implemented in colleges and universities, and would result in benefits that would far outweigh any costs. And for older working adults who are no longer in school, financial literacy programs in the workplace could help them select and work with reputable financial advisers.

"Why Financial Education Must Be Taught in Our Schools," fool.com, September 6, 2012, Jason Moser