Finding a Job is Still Tricky in 2014 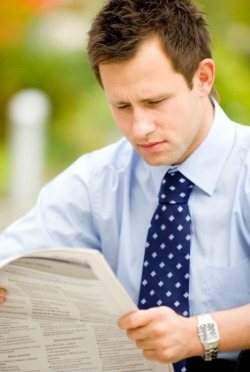 If you have resolved to land a job this New Year, prepare for a stingy market. According to a new survey, employers will be cautious about adding new workers in 2014 -- at least until lawmakers in Washington come to terms over the debt ceiling. Fortunately, career experts have some tips for improving your chances.

A new survey from the employment firm CareerBuilder found that 24 percent of employers intend to add more full-time, permanent employees in 2014, reports United Press International. That represents a two point decline from this time last year. This share might improve if lawmakers settle their differences: nearly one in four employers said they would be cautious with hiring -- or delay it completely -- until the debt ceiling debate in Washington is settled.

"What we saw in our survey was reluctance for some employers to commit to adding jobs until the outcomes of debt negotiations and other issues affecting economic expansion are clearer," Matt Ferguson, chief executive officer of CareerBuilder, told UPI. "As these stories play out and employers find their footing in the new year, there is greater potential for the average monthly job creation in 2014 to exceed that of 2013."

Still, some industries will fare better than others. In a column he penned for Business Insider, Ferguson said hiring should be a bit stronger in the science, technology, engineering and mathematics, or STEM, sector, and within high-skilled, specialized fields. About 42 percent of employers also say they intend to add more temporary or contract workers, which gives them the flexibility to reduce their payroll down the line if necessary. The silver lining: 43 percent of those employers hope to transition at least some of those workers to full-time, permanent members of their staff this year.

All of this to say that finding a new job might be a tricky proposition in 2014. Thankfully, career experts have advice for candidates who want to set themselves apart from career competition -- like opting out of the traditional job process altogether. Sakita Holley, CEO of House of Success PR, advises jobseekers to bypass a company's human resources department entirely, tapping higher management instead. She compares the many routes to landing a position within an organization to choosing a line at the grocery store.

"The HR department is the longest line at the grocery store. Why would you stand in that line?" Holley told CityTownInfo. "Instead of joining the longest line, your best bet is to figure out the CEO's contact information and send them a thoughtful email -- not a cover letter -- telling them why you like their company and how you'd add value if you were an employee." She recommends proposing a coffee or lunch meeting, or an informal interview.

"A candidate must show what skill, knowledge, attribute or experience that have that is truly unique and special compared to everyone else," said Kimer. "What can they offer for the company or position that can deliver value that no one else can?"

Still, as Elliot Lasson, executive director of Joblink of Maryland, Inc., points out, there are times it is best not to stand out, especially in a negative light.

"Having a resume with typos or formatting mistakes is definitely a turnoff to recruiters," Lasson told CityTownInfo. "One does not want to distinguish him/herself that way." He also advises applicants to avoid applying for several jobs at once, earning a reputation as a "serial job applicant."

This year's CareerBuilder survey was conducted online by Harris Interactive in November, reports UPI, and carries a margin of error of 2.09 percent.