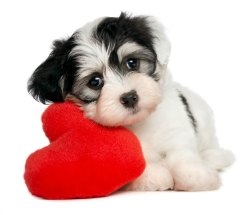 Scrolling through websites stocked with photos of baby animals in adorable poses could be thought of as a time-waster, but new research suggests that these sites could boost focus and accuracy.

According to Forbes, a study from Hiroshima University in Japan showed that people performed certain tasks more proficiently after viewing cute baby animal photos. "The Power of Kawaii" (kawaii is a Japanese word that loosely translates to "cute") study examined the effect of cuteness on tasks that required fine motor skills.

"Kawaii things not only make us happier, but also affect our behavior," the researchers wrote in the paper, as reported by The Atlantic. "This study shows that viewing cute things improves subsequent performance in tasks that require behavioral carefulness, possibly by narrowing the breadth of attentional focus."

Researchers speculate that the cute baby animal images invoke a sense of vulnerability, and this prompts viewers to behave more carefully, even if at a subconscious level. According to The Atlantic, these findings are in step with those of a 2009 study that suggested just looking at something -- anything -- cute could make people behave more carefully.

"The perception of something as cute activates the idea of something delicate and breakable… valuable and worth caring for," Gary Sherman, a postdoctoral fellow at the Harvard Kennedy School and one of the authors of the 2009 research, explained in Life Inc.

Sherman also noted that the cuteness effect appears to be more "generalized" and could extend to other domains and types of tasks. Although Fobres notes that results may be limited due to the small participant size (48 college students, according to The Atlantic), the experiment and past research still suggests that cute images could have a positive effect on attention to detail in day-to-day life as well as the workplace.