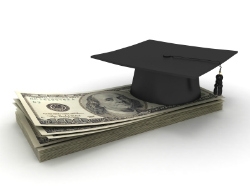 According to The New York Times, for the first time ever, lawmakers agreed on a $300 annual increase in tuition over the next five years at CUNY and SUNY. For some, the agreement is a major victory as it will bring in some much needed funding while still keeping college affordable. In the first year alone, the tuition increase is expected to generate an additional $50 million in revenue for CUNY. SUNY can expect an additional $40 million.

As WGRZ-TV reported, SUNY leaders have been pushing for such a policy for years as tuition increases have often been unpredictable and dramatic in the past. CUNY leaders seemed to share the same sentiment.

Should the agreement become law, undergraduates at 11 CUNY campuses would be affected. Currently, tuition at CUNY is $4,830 a year for New York residents who are full-time students. At SUNY, the current annual tuition of $4,970 would go up at 29 four-year colleges across the state.

In the past, portions of the revenue from tuition increases have been allocated to other state programs. As a result, the current agreement requires that all the money goes directly to the universities and that state aid be maintained at current levels, provided that there is no fiscal emergency.

"Across the country, states have been cutting their university systems," said Assemblywoman Deborah J. Glick, a Democrat from Manhattan and chairwoman of the Assembly Higher Education Committee. "I think this will stanch the bleeding and begin the rebuilding of what is two great university systems."

According to SUNY officials, the additional revenue will go towards decreasing class sizes, hiring more full-time faculty and maintaining existing classes and programs.

The Buffalo News reported that the agreement will also protect students who are eligible for tuition assistance. Students who qualify for the maximum $5,000 state Tuition Assistance Program award would not be affected by the tuition increases. For students who do not receive aid and do not qualify for the maximum award, a portion of the increase--based on the amount of aid the student currently receives--would be covered by the program.