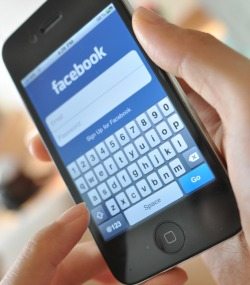 When doctoral candidates from Princeton University released a study declaring Facebook would lose 80 percent of its members by 2017, it caused quite a media stir. That is, of course, until it was quickly -- and thoroughly -- debunked. One might expect that story line to end there. Not so for Facebook, reports The Huffington Post: The social media giant's own data scientists could not resist could getting in a dig of their own.

Facebook data scientists Mike Develin, Lada Adamic and Sean Taylor have published a tongue-in-cheek analysis alleging that Princeton will lose half its current enrollment by 2018, and will have no students at all by 2021. Also on the brink of extinction: air, which will cease to exist by 2060. According to TechCrunch, the analysts used the same research methods Princeton used when predicting Facebook's ultimate demise last week in a study one Facebook spokesperson called "utter nonsense."

A number of media outlets, including Slate and TechCrunch, quickly pointed out Princeton's flawed methods, namely its reliance on using Google search volume as a means of measuring user engagement. The problem, TechCrunch notes, is that people these days do not typically visit search engines, submitting queries for "Facebook" or "Facebook login" to access the site. Many simply enter Facebook.com into their browsers or use bookmarks, and thanks to the rise of mobile apps, many users log in without ever having to launch a browser at all.

That is not to say Facebook does not have its share of problems. According to TechCrunch, fewer users consider the social media giant "cool" than in previous years, and use among young teens has declined. Facebook also faces steeper competition from mobile-initiated social apps like WhatsApp and Snapchat. Nonetheless, TechCrunch notes that in order for Facebook to completely lose 952 million monthly users by 2017, it would have to endure "cataclysmic disaster."

Facebook's response puts all of this data in perspective, and undermines what TechCrunch calls the "silly" correlation equals causation methodology employed in Princeton's analysis, which, Facebook notes, was not peer-reviewed.

"We don't really think Princeton or the world's air supply is going anywhere soon. We love Princeton (and air)," wrote Develin, Adamic and Taylor. "As data scientists, we wanted to give a fun reminder that not all research is created equal - and some methods of analysis lead to pretty crazy conclusions."