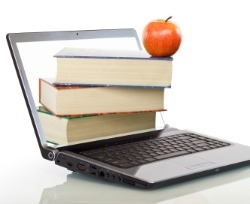 Florida college leaders want to expand the state's online education offerings. As reported by the Sun Sentinel, the goal of such an expansion would be to promote the production of more bachelor's degrees, particularly in fields that suit the state's workforce needs.

According to StateImpact Florida, the Florida Board of Governors (BOG), which oversees the state university system, hired the Parthenon Group, a consulting firm, to analyze Florida's current online offerings and come up with recommendations that would help boost the state's economy. BOG met on Monday to discuss the data and options presented by the firm.

After four months of analysis, Parthenon came up with four strategies. One recommendation was to continue allowing individual universities to develop their own online programs. The second and third options suggested either system-wide collaboration under the direction of a coordinating body such as the BOG or selection of a few colleges to act as leaders in the development of new online offerings. The fourth was the creation of an entirely new institution, which would be online-only and would lead the development of new online options for certain degree levels and areas of study.

Tallahassee.com reported that although expert panelists and BOG members did not particularly favor the creation of a new online-only university, the option is still on the table. BOG members voiced concerns over cost -- a minimum of $50 million to establish the university, as well as ongoing costs due to technological needs -- and hesitation in allowing one university to drive the state's online education.

"I think if one university starts to guide the other universities, that is a good place to pick up a lot of resistance," said Florida State University president Eric Barron, to Tallahassee.com.

Barron, however, did express his support for expanding online education, noting that online courses offer flexibility and other benefits that all students should be able to take advantage of.

As the Sun Sentinel pointed out, all of Parthenon's proposed options were expensive. Furthermore, if it were decided to start a new university, it could be years before the institution was actually up and running, as it would need to undergo accreditation first.

The cheapest option, noted StateImpact Florida, would be for the state to create one Massive Open Online Course (MOOC). One MOOC would cost Florida approximately $100,000 to create and would cost students about $90 a course.

The Parthenon Group's analysis also highlighted some interesting facts regarding Florida's online education. For instance, 40 percent of university and college students in the state took at least one online course in the 2010-11 academic year, a percentage that is higher than the national average. Additionally, online courses are usually the first classes to fill up, and students of all degree levels are enrolling in online programs.

BOG members stated that more data and information are necessary before a decision can be made, reported Tallahassee.com.

"We don't really know how well we're doing in online education," said Dean Colson, BOG chairman, in Tallahassee.com. "We have to figure out how to track and measure it. We also know there's limited coordination between what the needs are in the market and what we're providing."

According to the Sun Sentinel, BOG will discuss the online education expansion options further at their next meeting, scheduled for January 16 and 17.