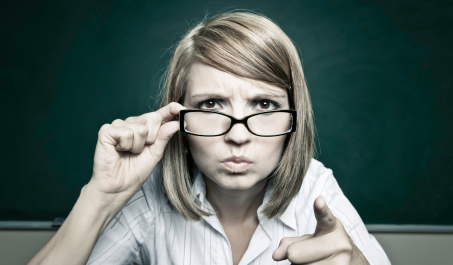 A proposed piece of Florida legislation that will eliminate tenure protection and tie teacher pay to student performance has spurred protests among educators.

CBS 4 reports that hundreds of teachers called in sick today in the Miami-Dade school district, while students at numerous schools held "sit ins" before class to voice opposition to the legislation.

The bills, SB 6 and HB 7189, make it easier to fire teachers based upon the scores students receive on standardized tests. The proposals have already been passed by the Legislature and now await the signature of Gov. Charlie Crist.

"I'm doing it because I want to send a message along with the other teachers to Tallahassee and to all the legislators in Tallahassee that we're just not taking it anymore," said a teacher who was quoted by CBS 4. "We've reached a point of no return now. There's no other alternative. There's only five days left before the governor has to veto the bill or sign the bill and we're out of time."

Officials at Florida colleges also expressed concern that the legislation could impact the number of students who pursue teaching degrees.

The legislation will also remove teacher pay increases for advanced training such as master's and doctorate degrees, which could impact institutions as well. "I think colleges will suffer," predicted Michelle Moreno, a graduate student in reading education at Florida International University who was quoted in the Sentinel. "If it doesn't matter if I have a degree, why am I going to waste my time and money to get one? My master's is giving me expertise in my field, but if I'm not compensated, why do it?"

Others, such as Emily Barbacci, who teaches U.S. history, noted that the focus on improving education was refreshing, but too extreme. "I'm pleased that the House and the Senate are looking at education. . .because nationwide we could use the improvement," she told WCTV, "but I'm worried that it's too much too soon.