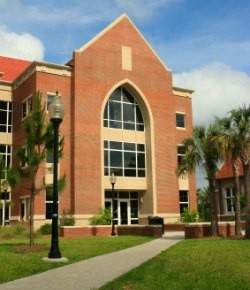 A task force created by Florida Gov. Rick Scott to generate new ideas for improving his state's higher education system while keeping costs down is generating controversy. According to The Gainesville Sun, various faculty and student groups are already rallying opposition to one recommendation, which some argue may create a second-class degree system, particularly within the humanities.

According to Inside Higher Ed, the Blue Ribbon Task Force on State Higher Education Reform, which includes legislators, businesspeople and educators, finalized its recommendations earlier this month. The contentious recommendation? Differential tuition. Under this plan universities would hold in-state tuition rates for "high-skill, high-wage, and high-demand degree programs" such as engineering or the sciences steady for at least three years. This could make these degree programs more attractive to students than costlier majors such as those in the liberal arts and social sciences that may not provide students with an immediate "job payoff."

"The task force tried to identify innovative approaches to spreading limited resources to drive maximum benefit to the system," task force chairman Dale Brill told Inside Higher Ed. "Up until now, in that system, that money is invested evenly across the board with very little attention paid toward getting maximum return on that investment" for the 104 million taxpayers contributing to it.

As The Gainesville Sun reported, faculty and student quickly opposed the plan, suggesting that it could reduce enrollment in the liberal arts and social sciences fields, which could, in turn, force administrators to cut these programs entirely.

According to Inside Higher Ed and The Gainesville Sun, UF history professor Norman Goda joined other history professors in creating an online petition against the recommendation. The petition garnered more than 1,300 signatures its first week alone.

"The punitive differential tuition model will lead not only to a decimation of the liberal arts in Florida," reads the Change.org petition. "It will also have a destructive impact on the essential and transferable skills that these disciplines teach."

The Gainesville Sun reported that the student group Students for a Democratic Society joined UF faculty in a joint press conference earlier this month to announce their shared opposition to the plan. One student speaker majoring in anthropology and Chinese worried that the differential tuition recommendation would create second-class degrees and may even push some students toward out-of-state programs.

Inside Higher Ed noted that it's unclear exactly when the recommendations could be considered by the Florida Legislature, or which, if any, Scott will endorse. According to The Gainesville Sun, UF Provost Joe Glover warned opponents "not to panic or get overwrought at this point," over the recommendations, citing the lengthy legislative process that lies ahead. "This, like most other suggestions in this state, has a long way to go," he said in The Gainesville Sun.