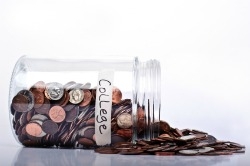 A federal class action lawsuit filed Wednesday by the Southern Poverty Law Center claims that students at Florida colleges should not be denied in-state tuition rates simply because they cannot prove their parents' legal immigration statuses.

Policies established by the Florida State Board of Education and the Florida Board of Governors indicate that students who are themselves U.S. citizens and residents of Florida must be treated as out-of-state residents when their parents' legal immigration statuses cannot be shown, according to a Southern Poverty Law Center press release.

"These policies attack our most fundamental American values by punishing children for the actions of their parents," Jerri Katzerman, SPLC director of educational advocacy, is quoted in the news release as saying. "It's an unconscionable attack on students from immigrant families that more than triples the costs of a college education."

"We are simply asking that these students be granted the same rights as all other Florida citizens," Tania Galloni, managing attorney for the SPLC's Florida office, said in the news release.

The lawsuit was filed in federal court in Miami and involves five students who, despite being born in the U.S., raised in Florida, and graduating from state high schools, were charged out-of-state rates, according to the Palm Beach Post.

The suit is important because the cost between in-state and out-of-state tuition rates can be staggering and can keep students from pursuing higher education. The lawsuit is part of SPLC's larger attempt in several states to change policy that has the ability to limit student opportunity for success, the news release indicated. The SPLC is focusing on policy in other states including Alabama, Louisiana and Mississippi.

At Palm Beach State College, where one of the students named in the suit registered for classes, the difference between in-state and out-of-state cost per associate degree credit hour was $253. For a three-credit course, that's a difference of $759. Similar differences in tuition rates occur at other schools, the Palm Beach Post reported.

Another student in the lawsuit reportedly had his full-tuition scholarship to Miami Dade College reduced to close to nothing after he could not show his parents were legally in the country, The Miami Herald reported. Furthermore, another student who tried to enroll at Miami Dade College dropped out after she realized she would need to pay out-of-state rates.

California and Colorado had similar polices that were rescinded over past years. The Colorado attorney general reversed the state's policy on the finding that students, and not their parents, were the beneficiaries of in-state tuition.