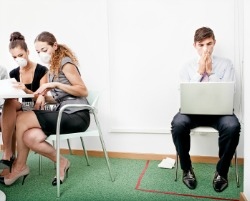 Workers and employers across the country are already feeling the sting of this year’s flu season.

The Wall Street Journal reported that the 2013 flu season is already being called the worst season in a decade, according to the Centers for Disease Control and Prevention, and there are still three months remaining in the season. The virus has hit 41 states, with 29 reporting high or “severe” levels of outbreak. According to FOXBusiness, officials in Boston declared a public health emergency on Wednesday after Massachusetts’ 18th flu-related death. To put matters into perspective, Boston alone has 700 confirmed flu cases this year; up drastically from the 70 total cases it had last year.

A major outbreak like this could have a significant impact on employers and businesses. As The Wall Street Journal noted, a U.S. Bureau of Labor Statistics study showed that employee absences are 32 percent higher during the October to March flu season compared to the rest of the year. In fact, illness-related absences during this time often outweigh the number of employees who skip out on work due to bad weather. For instance, in the six years that the Labor Department studied, the highest number of employee absences was 3.3 million in February 2008. That figure is more than the 1.85 million workers who stayed home during the severe blizzard of January 1996. The CDC estimates that employers lose $10.4 billion, on average, in direct costs of hospitalization and outpatient visits because of the flu. Furthermore, that figure does not even take into account the costs for sick or vacation days.

Some sick workers, however, try to tough it out and go in to the office. As outplacement firm Challenger, Gray & Christmas noted in a press release, because the economy has been slow to bounce back, some workers worry about job security and fear that staying home sick could cost them their jobs.

“The economy is still on shaky ground and many workers continue to be worried about losing their jobs…” explained John A. Challenger, chief executive officer of Challenger, Gray & Christmas, Inc. in the press release. “In this environment, workers are reluctant to call in sick or even use vacation days.”

However, coming in to work when ill can still have costly consequences, such as reduced productivity. Colleagues are also more likely to catch the flu when a sick co-worker decides to come in.

“Whether it is motivated by job security or a desire to continue making a contribution in an overburdened workplace, presenteeism, as it has come to be called, only spreads illness to more workers and further damages the employers' ability to meet demand,” said Challenger in the press release.

In order to help stop the spread of the virus, Challenger offered some advice to employers. In addition to encouraging workers to wash their hands frequently, employers should limit meetings when possible, expand and encourage telecommuting and offer on-site flu shots. Having no-touch trash cans and bacterial wipes around the office as well as sanitizer in communal spaces can also be beneficial. It is also important to have flexible leave policies in case employees have to care of a sick child or family member.

“Having an effective leave policy is critical in preventing an office-wide outbreak of the flu,” said Challenger in the press release.