For Americans, No Summer Vacation 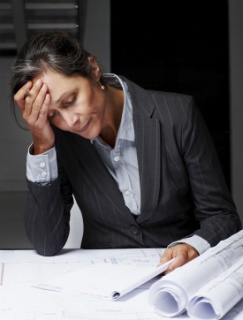 According to CNN, a report by the Center for Economic and Policy Research stated that the U.S. is the only advanced nation that does not have laws or federal statues to guarantee that workers get annual paid vacation. So, despite the fact that June 21 marks the first day of summer--a time of the year commonly associated with vacations--many American workers will not be taking time off.

FindLaw reported that the average amount of paid vacation an American worker receives is approximately nine days, with six days of paid holiday. One in four workers does not have any paid vacation or paid holidays.

Don Brock, a software engineer in suburban Washington, told CNN that he has not taken a real vacation in 10 years.

Like most Americans, Brock works at a company that expects its workers to stay connected to the office, even when taking time off. In fact, there is a running joke at his company that "a vacation just means you work from somewhere else".

However, there are other reasons why Americans take little vacation time. For example, even if a company lets you off the hook long enough for you to make it to the beach, it may not allow you to stay there for more than one week at a time. On the other hand, some workers do not want to be perceived as "slackers" so are reluctant to take too many days off. Or perhaps you own a small business, which can make taking time off almost impossible. As The Newsroom reported, a survey of small business owners in New Orleans showed that 33 percent worry that taking time off means clients or customers will receive a lower level of service and 24 percent said they worry that they would miss an opportunity for business if they took a vacation. According to CNN, just 57 percent of U.S. workers use all their paid vacation days.

This mentality is completely unheard of in other parts of the world. For example, it is typical for Germans to take three consecutive weeks off in August as "most of the country kind of closes down," said Nancy Schimkat, an American who lives in Weinheim, Germany. Schimkat's husband, an engineer, gets six weeks of paid vacation, in addition to national holidays, and his company enforces that he use up all of the time. In fact, a 2009 study by Mercer showed that there are dozens of other industrialized countries that require employers offer at least four weeks of paid time off to employees.

Another article published by CNN reported that scientific evidence has shown that taking a vacation, away from the office and away from home, has tremendous benefits. Vacationing in another country, for example, can help you with creative thinking and can give you a better sense of who you are. However, even if you cannot leave the country, taking a break from the routine at work and home to engage in something new can help you gain insights and offer a renewed sense of excitement.

John de Graaf, the national coordinator for Take Back Your Time, told CNN that there is no solid evidence that overworking employees will make the country more competitive. In fact, in the World Economic Forum's 2010-2011 rankings of the most competitive economies, the U.S. came in fourth, while Sweden--a country that gives its workers five weeks of paid vacation--ranked second.

It may be time for Americans to put aside their anxieties and fears about paid vacation and just simply enjoy it--after all, we worked hard to earn it.

"Summer vacation not on to-do list for small business owners," neworleanscitybusiness.com, May 24, 2011