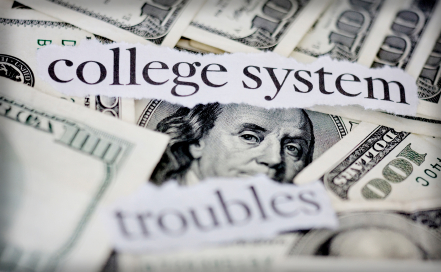 New federal rules aimed at tightening regulation of for-profit colleges are expected to be formally proposed soon, and leaders in the for-profit sector are mobilizing to fight.

The proposals are meant to crack down on expensive institutions that rely heavily on federal aid and allegedly leave students deep in debt with uncertain career prospects. One idea in particular proposed by the Education Department, the "gainful employment" rule, is drawing ire from the sector: It would cut federal aid to for-profit schools if a majority of the graduates spend more than 8 percent of their starting salaries on repaying student loans, based on a 10-year repayment plan. The Career College Association released a report in April which estimated that nearly 20 percent of more than 10,000 for-profit college programs could become ineligible for federal student aid as a result of the proposal.

"It will have a horrendous effect on programs in California and nationally," said Harris N. Miller, who was quoted in The Washington Post. Miller is president of the CCA, which last week voted to change its name to the Association of Private Sector Colleges and Universities.

Not surprisingly, the controversial proposals are generating a lot of buzz in the for-profit sector. The Chronicle of Higher Education reports that during a conference of the CCA last week, a session about the new Education Department rules attracted a standing-room only crowd.

Moreover, Sen. Tom Harkin (D-Iowa), who chairs the U.S. Senate Health, Education, Labor and Pensions Committee, plans to begin hearings this month that will examine recruiting practices and student loan default rates. Leaders in the sector said they welcomed the opportunity to tell their side of the story.

"Nontraditional students are the new tradition in higher education, and federal student aid is helping millions of working adults get the skills and abilities they need to compete in a global workforce," said Miller in a prepared statement that was quoted by Inside Higher Ed. "For these students to be successful, however, change is needed. Private sector institutions are bringing important innovations to postsecondary education, and we welcome the opportunity for a full and open exchange with the committee. These hearings will give our inclusive educational institutions an opportunity to address myths with facts and figures."