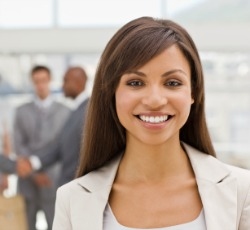 While women have made major gains in the workplace these last few decades, they still face a wide disparity in earnings when compared to male colleagues, earning only 77 percent of the amount earned by their U.S. male counterparts. College-educated women fare only slightly better, at 82 cents for every dollar men earn. Although a number of factors influence a woman's paycheck, women looking to increase their earnings might be wise to heed the real estate adage of location, location, location, as Forbes has just released a listing of the best-paying cities for women.

Forbes' list of the 20 best-paying cities for women in 2013 was compiled using data from the 2011 American Community Survey by the U.S. Census, with researchers analyzing median earnings of both men and women working full-time within more than 500 metropolitan areas across the country. Topping the list is the Washington, D.C. metro area, where women working full-time earned a median 2011 salary of $57,128. San Jose, California came in second on the list, with a median 2011 salary of $56,499 among women, followed by Bridgeport, Connecticut, with $54,844. Many of the top-paying cities can be found in the Northeast and in California cities, while many of the lowest-paying locales appear to be in Texas, Florida and Missouri. Opelousas, Louisiana, which offered women a median annual salary of just $21,658, earned worst-paying-city honors.

According to In the Capital, Washington D.C.'s status as home to many law and IT firms that tend to require a college education may explain why women there earn the highest median earnings of any metropolitan region evaluated. Still, even in Washington, Forbes notes that women still earned 81 percent of what D.C.-area men earn.

"This is astonishing because it's a like-for-like comparison, as the data only includes women and men who have worked full time, year-round in the past 12 months, not because more women work part-time or from home," Stephanie Wei, VP of Financial Literacy at NerdWallet, which helped Forbes aggregate salary data for the list, told Forbes in a separate report.

The Huffington Post notes that a recent report from the American Association of University Women suggests this gender-based wage gap starts right after college graduation and increases with age, in spite of the fact that the newest generation of working women is more likely than their predecessors to ask for raises. The Forbes list underscores how prevalent this trend is. Of all the cities tracked, there were only four in which women earned as much or more than men: Madera, California; Fort Payne, Alabama; Key West, Florida; and Sebring, Florida.

According to The Huffington Post, what women do also plays a role in how much the earn. Female attorneys, IT managers and physicians tend to make the most, while women employed in finance, insurance, professional and technical services, and social assistance are paid the least.

"Best Cities For Women To Work: Where Women Earn The Most," huffingtonpost.com, February 9, 2013, Nina Bahadur