Four Year Degrees Not The Norm 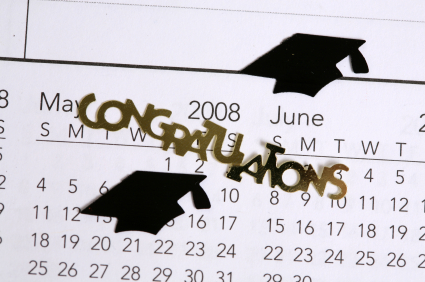 Even as more colleges and universities begin to offer three-year degrees to help cut down on college costs, the vast majority of students in many institutions are taking longer than four years to graduate.

For example, The La Crosse Tribune in Wisconsin reports that only about 25 to 35 percent of incoming freshmen at the University of Wisconsin--La Crosse, Viterbo University and Winona State University receive their degrees in four years. Meanwhile, about half graduate after five years.

"Five is the new four," noted Alysia Dahlke, who calls herself a fifth-year senior, in the Tribune. "I'm not too upset, because it's kind of the norm now."

College officials explain that many students take double majors and minors, work, study abroad or pursue other activities during college--all of which can delay graduation. Some switch majors late in the game, adding on course requirements that can add cost and time to their degree. Finally, finances and family issues can sometimes be a factor.

While liberal arts colleges allow students to explore various areas of interest, officials acknowledge that too much indecision can be costly. "UW-L is concerned about students lingering too long and amassing credit and debt," noted Kathleen Enz Finken, UW-L provost and vice chancellor for academic affairs, who was quoted by the Tribune.

The Los Angeles Times reports that three-year bachelor's degrees are becoming more popular, and the idea is being considered at the University of California to help students cut higher education costs. But the three-year degree is unlikely to be a practical option for most students. Indeed, Daniel Hurley of the American Association of State Colleges and Universities pointed out that the majority of students struggle to complete their studies in five or six years.

"Most students change majors," he explained to the LA Times, "and thank God we did. Otherwise we would be miserable and underemployed."

"College in Four Years Not That Common Anymore," The La Crosse Tribune, May 3, 2010, KJ Lang