Free Online Courses for All: An Effective and Sustainable Education Model? 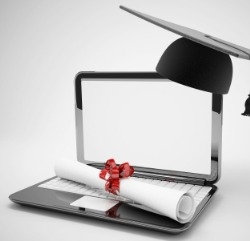 Massive open online courses (MOOCs), which are internet-based classes available to the global public, have received a great amount of publicity in recent months, and with good reason. These online educational services have garnered millions of followers, as well as donations and venture capitalist funding in some cases. They have also begun to reshape the models of both online and in-person education through their ability to build a worldwide community of web-based learners.

Examples of MOOC providers include companies such as Coursera and Udacity, as well as online universities like the University of the People. Coursera offers free classes from campus-based institutions such as Stanford, Princeton, Penn, and Johns Hopkins. “We envision a future where the top universities are educating not only thousands of students, but millions,” it declares on its website. Udacity is an online education provider that focuses on technology and science-related courses. The organization states that its students “learn by solving challenging problems and pursuing udacious projects with world-renowned university instructors (not by watching long, boring lectures).” The University of the People is an institution whose aim is to be “the world’s first tuition-free university dedicated to the democratization of higher education.” These and other MOOC-providing organizations are having a profound impact on how both students and educators approach the methods and accessibility of higher education.

Smithsonian.com reports that Coursera is shifting the online course model from a standard lecture series to a more interactive experience for students. Instead of providing traditional, uninterrupted videos of professors’ lectures, Coursera has broken up these lectures into 10-minute segments, and requires its students to pass a quiz before moving on to the next section. Internet-based classes also enable educators to gather valuable information about students’ learning styles and practices. For example, MOOC professors can now see what sections of their lecture students had to rewind most frequently, as well as quiz questions that were commonly answered incorrectly, in order to make corresponding improvements in their lectures and course materials.

Another significant appeal that MOOCs carry is their ability to reach a demographic that previously had no access to quality education. Daphne Koller, a Stanford faculty member and co-founder of Coursera, stated in an interview, “This could enable a wave of innovation because amazing talents can be found anywhere. Maybe the next Albert Einstein, or the next Steve Jobs, is living in a remote village in Africa.” Shai Reshef, founder of the University of the People, shares this philosophy of finding potential and providing opportunity on a global scale. “I care about the people who don’t have the right to an education right now, and they should have the right,” Reshef told NPR. With 1,300 students enrolled from 129 different countries, the University of the People is building slowly but garnering appreciation and recognition.

Yet the idea of free online education and degrees has also garnered skepticism along with enthusiasm. Experts are concerned about the financial sustainability of such a purely non-profit model, and it seems that no clear answer is available, other than to charge students modest fees for certain aspects of their education. For example, Udacity offers students the option of obtaining certification in the skills they learn by taking an exam for a moderate fee. Even the University of the People has recently been forced to charge its students $100 for each final exam in order to manage its operating costs. On top of budgeting concerns is the question of student accountability. According to Smithsonian, only about 25 percent of Coursera enrollees actually complete the classes they sign up for. In addition, The Chronicle of Higher Education reported that instances of plagiarism have occurred in several of Coursera’s humanities courses. Without a definitive way of holding students accountable for their work, employers may still question the validity of free online certifications and degrees. Nevertheless, despite these concerns and potential drawbacks, massive open online courses are setting an important precedent for opening quality higher education to the global public. “We’re building a model,” Reshef told NPR, “[W]e’re showing that it is possible” for higher education to be available to people regardless of region and circumstance.

"What is the Future of College Education?" blogs.smithsonianmag.com, August 27, 2012, Randy Rieland