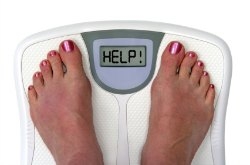 It's no surprise that certain occupations encourage weight gain more so than others. As reported by Forbes, a survey released by online job site CareerBuilder found that 44 percent of American workers have put on weight at their current job. Twenty six percent have gained more than 10 pounds and 14 percent have put on more than 20 pounds.

According to a CareerBuilder press release, the study, which was conducted by Harris Interactive, surveyed 5,772 full-time, not self-employed, non-government U.S. workers from various industries who were at least 18 years old between February 9 and March 2, 2012. Responses showed that the occupations in which workers were most likely to gain weight included:

Forbes pointed out that technology may be a culprit as it has allowed workers to communicate and conduct meetings with others without ever having to get up and move. Furthermore, the average American works more than 47 hours a week, which leaves very little time for physical activity. According to the press release, more than half of respondents blamed their extra pounds on sitting at their desks for a majority of the day. Approximately the same amount also reported that they even eat lunch at their desk. Other reasons workers are putting on weight included stress eating (37 percent), eating out regularly (23 percent), office celebrations such as birthdays (18 percent), communal candy jar (16 percent) and pressure from coworkers to eat food they have brought in (10 percent).

Although those office distractions do add to waistlines, many employees also do not have very healthy eating habits: as mentioned, most ate out for lunch on a regular basis instead of bringing food from home and 10 percent got lunch from vending machines at least once a week.

When it comes to physical activity, 59 percent said they worked out regularly and 10 percent said they did not work out at all. As Forbes pointed out, most Americans drive to and from work or ride the train or subway, which provides little opportunity to get one's heart rate up.

However, as much as we would like to blame our jobs for making us fat, CareerBuilder noted that workers themselves are also at fault. Rosemary Haefner, Vice President of Human Resources at CareerBuilder, pointed out that more companies are offering healthy living options at work, but very few employees actually take advantage of them.

"Twenty-eight percent of companies provide gym passes, workout facilities or wellness benefits for their employees, but only 10 percent of workers say they take advantage of the benefit," said Haefner in the press release.

While the above occupations cause workers to gain weight, research conducted by Jenny Craig found which occupations were the fittest. According to a press release, weight management specialists measured how many steps employees from 10 different occupations took throughout a working day to determine who received the most incidental exercise. Waiters turned out to be the fittest with an average of 22,778 steps a day, followed by nurses with 16,390 steps and retail workers at 14,660 steps per day.

Aside from regular exercise, both Jenny Craig and CareerBuilder offered a few tips for staying fit and active: take the stairs instead of the elevator or park farther away so you can walk more; pack your own food (including healthy snack options to munch on throughout the day) and go for walks during lunch instead of eating out; and sit on an exercise ball or keep free weights at your desk to sneak in some exercise. Nathan Johnson, Jenny Craig spokesperson, also recommended wearing a pedometer.

"Wearing a pedometer is a great way to track your steps and an essential tool if you're aiming to lose weight," said Johnson in the press release.