Gallup Poll Shows Americans Prefer to Have a Male Boss 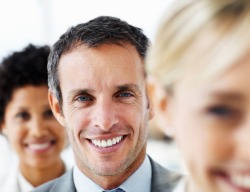 When it comes to bosses, most people want someone who is smart, supportive, trustworthy and provides continuous constructive feedback for professional growth. According to a recent Gallup poll, however, gender also seems to matter for some people.

As The Wall Street Journal reported, a Gallup poll of 2,059 adults -- women and men -- showed that while 41 percent of respondents said they had no preference in gender for their boss, 35 percent said they would prefer to be managed by a male and just 23 percent said they would prefer a female. Gender preference varied across subgroups, however. For example, Gallup noted that age played a factor -- Americans between the ages of 35 and 54 were the least likely to prefer a male boss (30 percent). Surprisingly, respondents age 18 to 34, a demographic known to be more progressive, preferred a male boss to a female boss, 37 percent to 25 percent. Thirty seven percent of those 55 and older said they preferred to work for a male.

Gender preference also varied by education levels. Across all levels, Americans preferred a male boss. Respondents with a high school education or less, however, were more likely to prefer a male (38 percent), while Americans with postgraduate education were the least likely (30 percent).

The Huffington Post pointed out that the findings could be problematic, as research has shown that women's management styles tend to be more effective when it comes to getting the most out of workers. Furthermore, research has also shown that women tend to be better than men at acquiring the skills they lack in order to become assertive and motivational leaders.

Gallup noted that it did not explore the reasons behind people's preferences, but speculated that it could be due to the fact that Americans have not had much experience with female bosses. It is widely known that there are few women at the C-Suite level and Gallup's poll showed that most Americans still work for a man -- 54 percent said they currently have a male boss, while 30 percent said they work for a female. Those with a male boss were more likely to prefer working for a male, while preference among those with a female boss were almost evenly split. This led Gallup to speculate that "if the percentage of Americans who work for a woman increases, so might the percentage who would rather work for a woman."

There are other potential reasons behind Americans' preference, however. Sylvia Ann Hewlett of the Center for Talent Innovation, which studies workplace issues, explained in The Wall Street Journal that people prefer to work for a man because men have more power in the workplace and workers want to be associated with someone who is "going places." Cynthia Calvert, founder and principal of Workforce 21C, an organization that helps employers manage a variety of workplace challenges, including advancing women to leadership positions, told CityTownInfo that she agreed.

"We typically prefer to work for bosses who have power -- it makes us more powerful and can potentially help us to advance -- and women typically do not have power within organizations," said Calvert. She added that "women bosses are likely to get stalled at the middle-management level, and we are reluctant to hitch a ride on a train that is about to derail."

Bill Connolly, an author and expert on the topic of soft skills for career success, also agreed: "People see a good boss as someone who will advance through the corporate ladder and take you with them. So this perception is one that does not adequately service the female corporate population."

Forbes noted that female bosses can create tension between female colleagues and expose class divisions. Kathi Elster, author of Mean Girls at Work: How to Stay Professional When Things Get Personal, told CityTownInfo that her research found that women sometimes felt threatened and, therefore, became competitive when another woman advanced.

"Our research with over 200 women in the workplace showed that women want a level playing field. We found that women felt competitive with another woman who was ahead of her in some way," said Elster. She added, "In general, women need to feel level with other women in order to feel safe and have trust."

Another possible reason for Americans' preference for male bosses is the persistent stigma of an aggressive female boss. As Connolly noted, "women bosses are held to a different standard", which can be problematic in the workplace.

Calvert also explained how the stereotype can work against women: "Because we are influenced by stereotypes and biases, even if we think we are not, we often expect women to 'act like women' and that means being nice, understanding and considerate. When women bosses 'act like bosses' -- for example, expect that deadlines are met and performance be up to par -- they are going against the stereotype, and employees will say they are bad bosses."