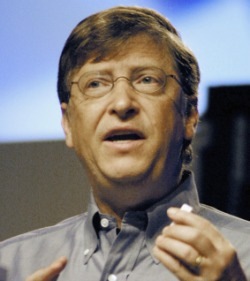 When Microsoft founder and richest man in the world Bill Gates launched the Bill & Melinda Gates Foundation, its goals included reducing poverty and disease worldwide. Today the multi-billion dollar foundation is a key player in educational reform in the U.S., and its support has helped drive a trend toward low-cost, online courses and competency-based learning. One might expect academia to be singing the foundation's praises, but the foundation has its critics, as a recent review revealed.

The Chronicle of Higher Education has released a comprehensive review of the Bill & Melinda Gates Foundation's achievements thus far -- including criticisms of its work. According to the report, this $36-billion private grant-making foundation is the largest in the world, and aims to overhaul U.S. higher education by changing how it is regulated, financed and delivered. It has invested $472-million toward these efforts since 2006, which is significantly more than the expenditures of any other foundation with the same goal.

The Chronicle reports that as the Foundation has grown, so has its influence. Among its most notable efforts: programs designed to graduate more people from college, and faster, through self-paced, technology-centric education and competency-based credentials. The Washington Post notes that many who agree with the Foundation's approach are probably delighted with its philanthropy, but some observers are increasingly concerned that a private citizen -- beyond voter influence -- can have so much influence on public policy.

Scott L. Thomas, a scholar of higher education at Claremont Graduate University, spoke to The Chronicle of Higher Education about the power of foundations. "In a democracy, these are arguably the least democratic of institutions. And they're having an outsized influence on education policy."

Another major sticking point for the foundation's critics, notes The Chronicle of Higher Education, is its emphasis on measurability and analytics, as if higher education is an engineering problem to be solved. Some believe the group is too narrowly focused on preparing students for short-term employability, and in doing so does not place enough emphasis on the quality of education.

"There is too much emphasis on getting people through the system, processing them," Stanley N. Katz, director at the Center for Arts and Cultural Policy Studies at Princeton University, told The Chronicle of Higher Education. "That needs to be seen in relation to what students are in fact learning. It's a big problem, and it's getting very little discussion."

Among other complaints about the foundation is the stifling of alternative views, even if unintended. Academics -- including private college presidents -- may feel shut out of the conversation, noted The Chronicle of Higher Education, which also reported that some educators who gave interviews on this topic only did so off the record. GigaOM suggests that the foundation's critics may feel as though they must bite their tongues for fear of losing out on future Gates grants.

The sheer size of the Gates Foundation may make it a target of controversy, according to observers like Michael S. McPherson, president of the Spencer Foundation. "I've sometimes said they're the only foundation you can see from space," he told The Chronicle.