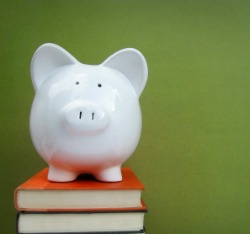 In today's economy, the necessity of a college education and training has never been so important, yet a college attainment gap persists between high- and low-income students. According to The Chronicle of Higher Education, some experts believe that revising the financial aid system could minimize this disparity. A new report sponsored by the Bill & Melinda Gates Foundation recommends steps for achieving just that, although not all the proposals may be popular.

The new paper, titled "Aligning the Means and the Ends: How to Improve Federal Student Aid and Increase College Access and Success," was published Tuesday by The Institute for College Access & Success, or TICAS. In it, TICAS puts forth a number of suggestions geared toward fixing a financial aid system that, according to The Chronicle, most everyone says is in need of drastic improvements. Recommendations range from doubling the size of individual Pell Grants to simplifying loan application processes and repayment plans.

"The question is not whether we have the resources to get far more students to and through college, or whether we know what will make a difference," said Pauline Abernathy, TICAS vice president, in a statement reported by the Los Angeles Times. "It is whether we have the will to make the changes and investments needed to keep college within reach."

The Los Angeles Times reports that though many of TICAS's suggestions appear to be common-sense solutions for increasing efficiency and reach -- such as streamlining students' loan applications -- other proposals may face opposition. Among them is a suggestion to make student loan repayment income-based,with loan forgiveness offered after 20 years. According to The Chronicle of Higher Education, the plan would allow borrowers to make smaller payments but pay more over the life of the loan. Or, borrowers could choose to pay down their balances more quickly, increasing savings. TICAS President Lauren J. Asher told The Chronicle that borrowers' decisions should be based on "what the borrower needs and values," and that they will need better guidance than what some colleges now provide.

Also in the report is the recommendation that colleges receiving federal aid be more accountable to taxpayers to ensure graduates leave college with high-quality degrees and surmountable debt. TICAS suggests that taxpayer dollars should not subsidize schools that "do more harm than good." In order to better determine which schools might fall in that category, TICAS proposes a Student Default Risk Index: schools that fall below a certain threshold would lose access to federal aid, while better-rated schools would receive more federal money.

TICAS also calls for a major investment in the Pell Grant program that would involve doubling the maximum financial award and extending students' eligibility by several years. The report recommends a number of ways of paying for these investments, including limiting the benefit of itemized tax deductions. Pell Grants -- and their funding -- have generated much discussion recently: The Daily Free Press reports that the Congressional Budget Office released a report last week projecting a Pell Grant budget shortfall by 2015.

"Aligning the Means and the Ends: How to Improve Federal Student Aid and Increase College Access and Success," ticas.org, February 2013