Gates To Become Chancellor At College Of William And Mary 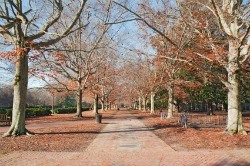 Former U.S. Secretary of Defense Robert M. Gates is emerging from retirement, but in a much different role. The College of William & Mary announced Tuesday that Gates, a 1965 alumnus, will become its new chancellor. He is succeeding former U.S. Supreme Court Associate Justice Sandra Day O'Connor who will retire from the position in February 2012.

"I am deeply honored to have been asked to return to the College of William & Mary, my alma mater, to serve as Chancellor," Gates said in an issued statement. "The time I spent at William & Mary as an undergraduate student shaped my life and I look forward to working with the students, staff, faculty, and the William & Mary community."

Gates will be the school's 24th chancellor. He is not expected to relocate to the school, but to be on hand to regularly meet with students and others, according to The Wall Street Journal.

The chancellor position, dating back to the 1690s, is mostly honorary. Chancellors do not serve on the Board of Visitors that governs the school. None the less, a number of notable figures have preceded Gates as school chancellor including first U.S. President George Washington, former U.S. Secretary of State Henry Kissinger, and former British Prime Minister Margaret Thatcher according to The Washington Post.

"It is absolutely wonderful to welcome Secretary Gates back to campus in this new role," said the school's President Taylor in a press release made by the University. "We are delighted our students will have the chance to spend time with, and learn from, one of the nation's most respected leaders."

Gates is known for being the first defense secretary in history to serve under both political parties: he was appointed by President George W. Bush and continued his post under President Barack Obama before retiring earlier this year. The William & Mary chancellorship is not his first stint in academia. Gates served as a popular president of Texas A&M before assuming his defense appointment, according to the Wall Street Journal.

Still, Tuesday's announcement may have come as a surprise to some. Gates had made no official public announcement regarding his career plans beyond a desire to write books and to join the public speaking circuit. Surprise or otherwise, Gates' appointment is a celebrated one. The USA Today reports that President Obama released a statement praising his former top military aide.

"I congratulate Gates on his selection as the twenty-fourth Chancellor of the College of William & Mary," said Obama. "In Bob, one of our nation's oldest colleges has found one of the nation's finest public servants."