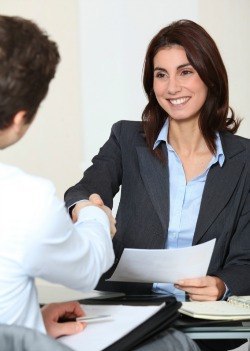 In his State of the Union address, President Obama noted U.S. women still earn 77 cents for every dollar earned by men, a fact he called "an embarrassment," reports Forbes. A recent analysis confirms that even in high-wage markets, women's earnings still lag behind those of comparably educated men. Some experts think they know why -- and how to change it.

A recent analysis from the financial literacy site NerdWallet has identified the cities and metropolitan areas in which women tend to earn the most, reports Forbes. Topping the list of NerdWallet's findings, which use U.S. Census Bureau data, is the San Jose-Sunnyvale-Santa Clara metro, where women earn a median income of $56,000. That is more than double what they earn in their lowest wage city, Laredo, Texas. The Washington-Arlington-Alexandria metro reported the second highest earnings for women, followed by San Francisco-Oakland-Fremont, Bridgeport-Stamford-Norwalk, and Trenton-Ewing in N.J. Yet even in these higher wage markets, women still earned less than their male colleagues: In San Francisco, the city with the smallest disparity, women earned 16 percent less on average than men. The report confirms previous research that suggests women earn less than men.

Why, precisely, do women tend to earn less? According to journalists Katty Kay, anchor of "BBC World News America," and Claire Shipman of "Good Morning America," authors of the upcoming book "The Confidence Code: The Science and Art of Self-Assurance -- What Women Should Know," women have a confidence problem, and it is holding them back.

"Straight out of college women don't negotiate for higher salaries, but men do," Kay and Shipman said in an email to CityTownInfo. "Women should remember they are just as competent as their male colleagues, so they are worth as much."

Elizabeth Lions, women's leadership coach and author of two books, including "I Quit! Working For You Isn't Working For Me," is inclined to agree. She said in her experience, failure to ask for more money is the "number one reason" women earn less. She suggests they must overcome that to get ahead.

"(Women) are educated, but not educated in how to climb the ladder and ask for pay," Lions told CityTownInfo. "Women tend to sit and wait to be recognized and rewarded, while their male counterparts do not."

Another trend that undermines women's potential: too few role models. According to Kay and Shipman, seeing few female leaders makes it harder for women to envision themselves at the top. A man may see himself as a future senator, for instance, but a woman might find that presumptuous.

"It's certainly not lack of competence. Women are better educated than men," said Kay and Shipman. "But we also hold ourselves back, somehow doubting our right to rule at the top. That's where the confidence gap between men and women really shows itself. Confidence is the missing link to our success."

Lions has observed the same trend. "Over and over again, we see young women have few models in (the) C Suite, but the ones we have, we need to start pointing to," Lions told CityTownInfo. "Let's look at who is out there and where they come from, and emulate that."

These observations may be discouraging for many women, but according to Kay and Shipman, they can be overcome. In some cases, it is simply a matter of choice.

According to Lions, some young women have already begun that process; the rest just need to follow their lead.

"Young women are beginning to kick down the boundaries. See possibilities," said Lions. "The older generation didn't have that luxury and paved the way. Let's learn from them!"