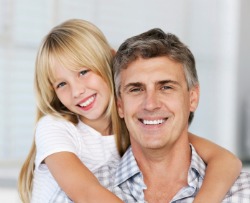 The study, entitled "Like Daughter, Like Father: How Women's Wages Change When CEOs Have Daughters," was published on Batz.ch, a forum for Swiss economic policy, and was performed by professors David Ross of Columbia Business School, Michael Dahl of Aalborg University in Denmark and Cristian Dezso of the University of Maryland's Robert H. Smith School of Business.

The three economists studied the salaries of more than 734,000 Danish workers at 6,230 firms between 1995 and 2006. According to The Wall Street Journal's The Juggle, the researchers found that when a male CEO had at least one daughter, the gender wage gap--typically 21.5 percent in Denmark--closed by 0.5 percentage points on average. The so called "daughter effect" was more prominent among CEOs whose first born happened to be daughters: the wage gap in this instance closed by nearly 3 percentage points. The authors found no such effect among female CEOs or those with sons alone.

"Our results suggest that the first daughter 'flips a switch' in the mind of a male CEO, causing him to attend more to equity in gender-related wage policies," write the authors.

Professor Ross told Columbia Business School's Ideas at Work that the data suggests the gender wage gap may arise due primarily to social and psychological factors, as Denmark is considered a largely egalitarian society lacking intentional policy that would contribute to such a disparity.

University of Pennsylvania Wharton Business School professor Stewart Friedman told Knowledge at Wharton Today that the study illustrates how personal issues can really impact the business environment. "What is interesting about this finding, which doesn't seem to be surprising, is how it shows that business issues can really hit home when they are personal," said Friedman. "For years, I have observed anecdotally that male CEOs are more likely to adopt family- and women-friendly policies when they have some direct experience as fathers that compels them" to see the discrimination their daughters could face professionally.

Ross told Yahoo News' The Lookout that while he would love to perform a similar study in the United States, it is not likely to happen any time soon. "Getting this information in the United States would be wildly difficult, especially on the family structures of the CEOs," said Ross.

This study isn't the first to examine the impact having a daughter has on a parent's decisions: Ebonya Washington published a 2008 study in the American Economic Review that suggested U.S. legislators with daughters tended sway more liberal on women's reproductive issues while another study found that parents of girls were more likely to adopt feminist views in issues relating to gender equality.