Generation Y Workers Seek Flexibility, Autonomy and a Way to Make an Impact 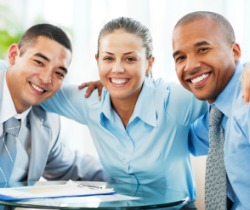 Gen Y is creating its own path in the workplace. According to a press release, the results of a comprehensive study by PayScale and Millennial Branding found that Gen Yers (those ages 18 to 29) prefer working at smaller companies over larger corporations, a preference that reflects the priorities of this generation of employees. These priorities include the desire for flexibility and autonomy, as well as a thirst for a fast career trajectory, an innovative and dynamic work environment, and the chance to positively impact society.

According to the survey, 47 percent of Gen Y workers work at companies with fewer than 100 people. Bloomberg Businessweek cites this statistic as evidence of young workers’ entrepreneurial spirit and desire to work in an environment that grants them plenty of responsibility and opportunities for advancement. While part of the reason for the high level of employment of Gen Yers at small companies is due to larger companies’ barriers to entry, Millennial Branding’s managing partner Dan Schawbel explains that many young individuals choose to work at smaller companies because “[t]hey can get more involved in the affairs of the business—and there’s a chance it would explode, so there could be much more benefit.” To these young employees, security and workplace perks—benefits that are typical of larger corporations—are less important than engaging work, personal autonomy, strong workplace communication, and the chance to show and receive rewards for high performance.

According to The Wall Street Journal, bureaucracy, lack of communication between management and employees, and slow or sparse advancement opportunities are characteristics of larger companies that tend to repel younger workers. As a result, an increasing number of larger corporations have begun adopting some of the workplace practices of smaller companies in an attempt to attract (and retain) young talent. For example, the online textbook rental company Chegg Inc. responded to its low retention rate of Gen Y employees by implementing an unlimited paid vacation policy and removing some of its middle management, which gave younger workers more flexibility, projects, and responsibility. Similarly, the software company Aprimo developed a program called OnTrack for its entry-level employees, which guarantees these employees a promotion within a year if their performance is up to par.

Companies' investment in the happiness of their younger employees is motivated by the fact that Gen Y workers typically possess drive, educational credentials, social media expertise, and valuable tendencies to collaborate and innovate. "Millenials are arming themselves with skills and educational training focused in technology and social media, two areas with great growth potential," Katie Bardaro of Payscale told Nextgov. Gen Y is also a highly educated demographic, with 63.3 percent holding a bachelor's degree, 12.8 possessing a Master's degree, and 1.7 percent holding a PhD. With this level of education comes ambition and a solid work ethic for many Gen Y workers. "If they don't feel like they're making a contribution to a company overall quickly, they don't stay," Chegg's Chief Executive Dan Rosensweig said of Gen Y employees to The Wall Street Journal, "If you provide them with the right environment, they'll work forever, around the clock." Valuable skills sets aside, there is also the sheer fact that Gen Y is estimated to occupy more than 40 percent of America's workforce by the year 2020, according to the U.S. Bureau of Labor Statistics.

The accommodations that some companies have made for their young employees, however, has met with some resistance from older workers who view these allowances as further enabling an already entitled generation. For example, The Wall Street Journal reports that, when the U.S. division of Schneider Electric SA developed an 18-month mentorship program specifically for its Gen Y workers, several of the company's middle-aged employees expressed dissatisfaction at the preferential treatment. The tensions between baby boomer and millenial workers derive from the strikingly different values these two demographics hold. According to a 2010 Pew Research Study, baby boomers define themselves by their respectfulness, morals, and work ethic, while millenials selected their connection to technology and pop culture, as well as their higher education and intelligence as their defining characteristics. Large companies have therefore found themselves having to strike a delicate balance between satisfying the needs of two generations with very different professional and personal priorities.