George Saunders Urges Syracruse Graduates to, Above All, Be Kind 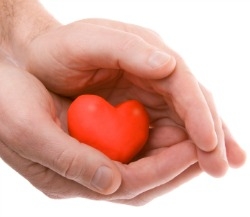 Graduation speeches -- as moving as they are -- may seem a dime a dozen: most colleges have them at least once a year, or more. Some particularly notable or humorous speeches grab headlines and get passed around on the Internet for a few weeks, but every once in a while one comes along that resonates with people long after the graduation season. Such is the case with author George Saunders' sage words for Syracuse University's class of 2013, which have since gone viral, notes The Huffington Post. His message was simple: Be kind.

In his commencement address -- recently published in full by The New York Times -- Saunders promised to stick to what he called the "traditional form," or: "Some old fart, his best years behind him, who, over the course of his life, has made a series of dreadful mistakes (that would be me), gives heartfelt advice to a group of shining, energetic young people, with all of their best years ahead of them (that would be you)."

Some might characterize Saunders' speech as anything but traditional, however. How often do speakers' reflections on past mistakes include working as a "knuckle-puller in a slaughterhouse," or skinny dipping in a river in Sumatra, only to discover about 300 monkeys defecating into it upstream? Saunders noted, however, that he does not regret any of these things -- not even the river incident, which made him terribly ill for seven months. What he does regret: a schoolgirl named Ellen. Or, more accurately, his lukewarm treatment of her.

Ellen -- whose name was changed for the sake of confidentiality -- was a small and shy girl who joined Saunders' class in the seventh grade. Some children picked on her, but most ignored her. One day, Ellen moved. "That was it," said Saunders. "No tragedy, no big final hazing." So why, then, is he still bothered by her story 42 years later? "What I regret most in my life are failures of kindness," Saunders explained. "Those moments when another human being was there, in front of me, suffering, and I responded…sensibly. Reservedly. Mildly."

Saunders did touch on many of the conventional themes typical of commencement speeches, encouraging students to do ambitious things like innovating, making and losing fortunes, and swimming in wild jungle rivers, "after first having it tested for monkey poop." But as you do these things, he advised, "to the extent that you can, err in the direction of kindness."

Saunders' emphasis on kindness is not precisely novel: TIME notes that his sentiment echoed a line from Kurt Vonnegut's "God Bless You, Mr. Rosewater," which suggests being kind is the only rule in life. Nonetheless, Saunders' speech seems to have struck a chord publically, and is now, weeks later, spreading across blogs, Twitter and Facebook.

According to The Huffington Post, Saunders is a master of "perfectly wrought, perfectly weird" short stories, including his latest collection, "The Tenth of December." He is also a professor at Syracuse University where he spoke.

Career and Education News
Home >
News>
George Saunders Urges Syracruse Graduates to, Above All, Be Kind