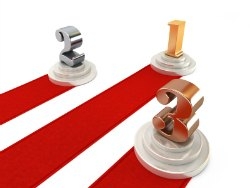 Last week, George Washington University admitted its admissions office had reported erroneous data for more than 10 years on its website and to U.S. News & World Report concerning the rank of its incoming students, according to The Chronicle of Higher Education. Most recently, GWU estimated 78 percent of last fall's incoming freshmen had graduated in the Top 10 percent of their high school classes, when the correct number was closer to 58 percent. However, an auditing firm the university hired revealed that the errors in reporting were made without "malice."

"We've made a very bad error that I'm not very happy about," Forrest Maltzman, GWU's senior vice provost for academic affairs and planning, told The Chronicle of Higher Education.

The misreported data came to light this summer during an internal review of admissions statistics, when Maltzman saw the 78 percent figure and thought it "looked high." In 2010, GWU reported that quantity to be 74 percent; in 2006, 65 percent; in 2002, 61 percent; and it previously had been around 45 percent in 1997 and several years beyond, according to The Washington Post.

The correct current GWU data likely would only affect the school's U.S. News ranking slightly if at all, Robert Morse, data researcher for the publication, indicated in an e-mail to The Washington Post. That data still remains under review, however. For most of the decade, GWU had ranked in the low 50s on that list. In 2008, it was 54. In 2011, it was 50 and this year, 51.

The GWU incident follows discovery that two other colleges -- Claremont ­McKenna College in California and Emory University in Georgia -- reported inflated SAT scores of incoming students earlier this year, noted Inside Higher Ed. However, Morse said of the 1,400-plus schools included in the rankings, the number that has reported false submissions is "very small."

"We think the fact that schools are coming forward and going through the pain of these public disclosures about their data misreporting shows how serious schools are taking the issue of data integrity and how they want to be accurate going forward," he told Insider Higher Ed.

In a recent survey of admissions directors conducted by Inside Higher Ed, 1 percent said they'd submitted incorrect data about their incoming students, and 91 percent indicated they thought other schools had reported false information. Proponents of the U.S. News ranking say it's a tool that helps prospective students and their parents decide on the ideal school, The Washington Post noted. Critics, however, argue the list isn't credible.

"I'm hoping this set of incidents will shed some light that these rankings don't accurately measure what parents should care most about, which is the intellectual quality of the program and the level of student interest and engagement," John R. Kroger, president of Oregon's Reed College, told The Washington Post.