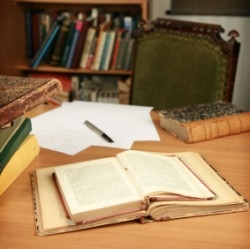 The transition from youth dependency to adult independence has never really been easy. However, today's young people seem to have it even harder than past generations. A new report shows that more young adults struggle to reach financial independence, and this new reality could have a significant impact on society and the economy.

According to The Wall Street Journal, the report, published by the Georgetown University Center on Education and the Workforce, showed that the road to adulthood has been delayed so much for today's young people, that this demographic has been dubbed "the new lost generation." The center looked at census data from 1980 to 2012 and found that on average, young people are now 30 years old when they reach financial independence, defined as earning a median-wage income of $42,000. That age is up from 1980, when adults reached financial independence at the age of 26. Furthermore, young adults are starting work later than past generations. In fact, a boy in his late teens is now less likely than a man his grandfather's age to be working. That was not the case a decade ago, The Wall Street Journal pointed out. Today, just one in three adults in their early 20s hold full-time jobs, and that proportion increases to about half by their late 20s.

Meanwhile, according to a press release, older college-educated workers are delaying retirement and staying in the labor market longer than past generations. However, this is not the cause for the declining employment rates among young people. In fact, the press release noted that the large number of baby boomer retirements actually creates more job openings per young adult today than there were in the 1990s, when the labor market was more robust for young people.

The shift is a result of the recession, combined with more jobs that demand advanced skills and education and fewer high-paying jobs that require just a high school diploma, reported The Wall Street Journal.

The press release also noted a generational imbalance in resources that will most likely continue to compromise prospects for young people. For example, between 1970 and 2010 public spending on Medicare and Social Security nearly doubled, from 12 percent to 23 percent. Public spending on education and training programs, however, fell from 19 percent to 15 percent.

"The combination of structural change plus this particular recession has been devastating for millennials," said Anthony Carnevale, director of the Georgetown University Center on Education and the Workforce and co-author of the report, in The Wall Street Journal. "It has really knocked them back, and some of these losses are permanent."

Indeed, Carnevale speculated that today's young adults will lose at least three percent in earnings over their lifetimes.

Young adults are not the only ones affected, however. As Maureen Conway, executive director of the Economic Opportunities Program at the nonprofit Aspen Institute explained to The Wall Street Journal, delaying financial independence will also have a lasting impact on society and the economy.

"[Young people] are not making these typical middle-class expenditures. That is a huge problem when you think of where demand is going," she said in The Wall Street Journal.

Both The Wall Street Journal and the press release reported that significant reform to both employment practices and education needs to happen in order to address the situation. The press release highlighted the need to remedy the disconnect between postsecondary education and labor market institutions. It also noted that students must incorporate work experience earlier on, while older adults would benefit from a less abrupt transition to retirement. In The Wall Street Journal, Jonathan Njus, a program officer at the W.K. Kellogg Foundation, emphasized the the importance of alternative pathways to employment besides a college degree.

"Georgetown Study Finds the Age at which Young Adults Get Traction in their Careers has Increased from Age 26 to 30, and to Age 33 for African Americans," georgetown.edu, September 30, 2013