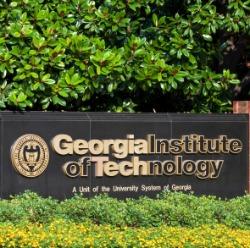 Georgia Institute of Technology announced it will soon offer an online master’s degree in computer science at a fraction of the cost of a traditional degree.

As reported by The Wall Street Journal, the online program, which will be offered in partnership with MOOC provider Udacity, is another step towards making higher education more accessible and affordable. Georgia Tech said the program will cost students about $6,000. As The Chronicle of Higher Education pointed out, this puts the computer science program from a top-ranked university at a price point comparable to that of a community college. Though the cost has been significantly slashed, university officials said the quality of the program will not be compromised.

“This is not going to be a watered-down degree,” said University Provost Rafael L. Bras in The Chronicle of Higher Education. “It’s going to be as hard and at a level of excellence of a regular degree.”

According to The Wall Street Journal, Udacity’s high-end technology is what helps maintain the degree’s quality while at the same time reducing its cost. Students will be able to do software problems during online lectures and Georgia Tech would be able to hire fewer full-time teachers. Charles Isbell, Senior Associate Dean for the College of Computing, estimated that the school would need to hire just one full-time teacher for every 100 online students instead of one for every 20 campus students. Additionally, The Chronicle of Higher Education reported that Georgia Tech officials confirmed that the online program has received all the necessary approvals, including the green light from the Board of Regents.

All students interested in pursuing the full master’s degree will need to gain admission to the program as well as pay for the degree. The program will start in January 2014 and, according to Inside Higher Ed, will admit four types of students. The initial enrollment of students will be from AT&T, which according to The Chronicle of Higher Education donated $2 million to help start the program, the military and other corporate companies. The second group will be students who have not taken the GRE. These students must successfully pass two core courses in order to move forward with the degree program. A third type will be students who pay to take courses for a certificate rather than a full master’s degree. The final group of students will be the usual MOOC student--those who wish to take the online courses, which will be available on Udacity’s site for free, but do not wish to earn the master’s degree.

While this is a significant step in online education, Provost Bras cautioned that the model might not be applicable for all programs or subjects.