Gifts To Colleges Increased In 2011 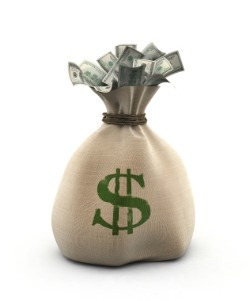 A new survey has found that donations to U.S. colleges and universities rose 8.2 percent in fiscal year 2011 to over $30 billion. However, the vast majority of the funds were given to just 25 percent of the 1,009 institutions that participated in the survey.

The "Voluntary Support of Education" survey by the Council for Aid to Education reported that Stanford University ranked first in the amount of donations received at $709.4 million. Harvard University took second place, receiving $639.2 million. They were followed by Yale University ($530 million) and the Massachusetts Institute of Technology ($534 million).

"We remain in awe and humbled," said Martin Shell, vice president for development at Stanford, who was quoted by Bloomberg Businessweek.

Results were mixed for those institutions listed in the lower 75 percent of gifts received. Overall, they received 9.6 percent less donations in 2011 than in 2010; however, 46 percent raised more in 2011 than in 2010. In addition, more than a third saw increases larger than the 8.2 percent average of all colleges and universities.

As Inside Higher Ed pointed out, the rise in gifts represents significant positive growth for fundraisers, who had not seen such increases since the economic downturn began. In 2009, institutions saw giving drop about 12 percent, which was the largest drop since the council began the survey in 1969. The current figures fall just short of the $31.6 billion brought in during 2008, which marked the best year ever for giving to colleges.

"We're getting there," said Ann E. Kaplan, director of the survey for the council, told Inside Higher Ed, "but we're not quite back at 2008 levels yet."

Gifts from foundations accounted for nearly 29 percent of the total, or $8.7 billion, which was the largest share. Alumni donations made up 25.7 percent of gifts.

The council's survey also comes following another positive report released earlier this month by the National Association of College and University Business Officers and Commonfund, which found that college and university endowments gained an average of 19.2 percent in fiscal year 2011. Both surveys buoyed optimism that colleges and universities can expect to see brighter financial futures.

"People are optimistic all over the shop," said Geoffrey Chatas, the senior vice president and chief financial officer at Ohio State University, who was interviewed by The Chronicle of Higher Education. "Our number of gifts larger than half a million dollars was 26 in 2011, compared with 10 the year before."

Still, many investment officers remained cautious about the future. "While I'm optimistic about where we're going, I'm still very reserved about how optimistic I am," said David Onion, senior associate vice president for development at the University of Texas at Austin, who was interviewed by Inside Higher Ed. "The economy has improved, but it is still unstable. Any time you have an unstable economy, it causes donors to pause and delays the process."