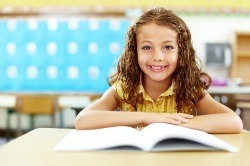 There are certain academic gender stereotypes that are so prevalent they are rarely questioned. Among them is the belief that boys fare better in math and science while girls excel in language and reading, or that a growing achievement gap between the sexes -- that women now outnumber men in college -- is a new struggle. Then again, maybe not. A new scientific literary review published in the American Psychological Association's (APA) Psychological Bulletin challenges these notions so thoroughly that even the researchers were taken aback.

Researchers from the University of New Brunswick in Canada reviewed 308 studies involving about 1.1 million boys and girls from 30 countries over the course of a century. The results suggest that girls outperform boys in all subjects, throughout their entire academic careers, and have been for at least 100 years. According to TIME, the review undermines recent worries about a "boy crisis" -- a belief that boys have recently begun falling behind girls in school -- and the notion that boys are better at math and science than girls. This last point even surprised researchers.

"We didn't expect to find that girls did better at math and science as well," Daniel Voyer, professor of psychology and the study's co-author, told TIME. "The girls did better whatever you give them."

What separates the new study from most others is that it analyzed grades rather than standardized test scores. Though testing can be indicative of overall school performance, results can be swayed by things such as nerves and test-taking strategies. Grades, by contrast, indicate how well students know and work with the material over time. This difference may at least partly explain the widespread belief that girls struggle in certain subjects: Research suggests boys tend to prize getting the right answer, not necessarily retaining the information -- a characteristic standardized testing rewards, reported TIME.

So why do boys' grades tend to lag behind those of girls? According to an APA press release, the review's authors believe cultural factors may be at work. For example, the widespread belief that girls struggle in math and science might prompt parents to emphasize these subjects, giving girls an advantage. Gender differences in learning styles might also come into play.

The new research follows another study from the Washington research group Third Way, which noted not only a sex-based achievement gap in the United States but also its potential impact. According to The New York Times, Third Way found that even in kindergarten, girls tend to be more attentive, better-behaved and more independent than boys -- something the authors believe fuels achievement disparities and may even have economic repercussions. Though a pay-gap lingers for men, women's earnings have grown almost 35 percent over the last few decades. Men also more likely to be idle - not employed, seeking employment, or looking after the family - than are women.

"We know we've got a crisis, and the crisis is with boys," Elaine Kamarck, a resident scholar at Third Way, told The New York Times. "We're not quite sure why it's happening."

Whatever the trend's roots (or outcomes), at least one researcher believes that the idea that girls outperform boys in school and have for so long has not garnered enough attention.

"The fact that females generally perform better than their male counterparts throughout what is essentially mandatory schooling in most countries seems to be a well-kept secret, considering how little attention it has received as a global phenomenon," study co-author Susan Voyer said in the APA release.

"Girls Beat Boys in Every Subject, and They Have for a Century," time.com, April 29, 2014, Alice Park,http://time.com/81355/girls-beat-boys-in-every-subject-and-they-have-for-a-century/