Giving as the Key to Career Advancement and Employee Motivation 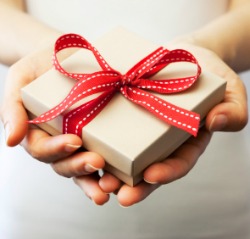 In today's business-centric world and present tough economy, advice on how one can advance one's career is plentiful and often includes tips on being more assertive, developing more marketable skills, obtaining higher education that is relevant to one's desired career, and generally focusing on one's own personal development. However, Wharton Business School professor Adam Grant argues that one of the most important things that both workers and employers can focus on in the workplace is giving to others.

According to The New York Times, Grant is the youngest tenured professor at Wharton and also holds the highest ratings of any professor at the school. After class lectures he often has students following him out the door and down the halls to his office, and he never turns them away, even when he has many more pupils and mentees lined up for his office hours. He writes about 100 letters of recommendation every year. His generosity is not limited to the Wharton sphere -- companies and even complete strangers will email him asking for his advice, which he gives freely, with a genuine interest in helping each person to the best of his ability.

Some may wonder at Grant's willingness to help every person who sends him a query or request -- one grad student reportedly emailed him an unsolicited 300-page dissertation, requesting feedback, and Grant happily skimmed parts of the work and provided constructive critiques. He firmly believes in the power of giving, arguing that such acts actually help the giver become more efficient, motivated, and creative.

In his upcoming book Give and Take: A Revolutionary Approach to Success, Grant explains his view and backs up his assertions with studies on the subject. According to Grant's website, the book discusses three categories of people: givers, matchers, and takers. Givers freely help others without thought of receiving anything in return, while matchers give generously but expect reciprocation and takers try to benefit as much as possible from other people without helping in kind. Grant believes that, contrary to popular opinion, givers can be some of the most successful individuals as a result of the positive energy they bring to their interactions and projects.

In an interview with Scientific American, Grant told editor Gareth Cook, "Many of us assume that to achieve success, it's necessary to get at least as much from other people as we contribute to them. If we're too generous, others will take advantage of us, and we'll end up running out of time and energy to work toward our own goals. […] But what if the opposite is true?"

Later in the interview, Grant brought up some examples to strengthen his argument: "In one of my own studies, hundreds of salespeople completed a questionnaire on their commitment to helping coworkers and customers, and I tracked their sales revenue over the course of a year. I found that the most productive salespeople were the 'givers' -- those who reported the strongest concern for benefiting others from the very beginning of their jobs. They earned the trust of their customers and the support of their coworkers. Similar patterns emerged in a number of other fields."

Managers can also use Grant's philosophy to optimally motivate their team. For example, Grant told The New York Times about his study of a university fundraising call center where the workers had understandably low morale from frequent rejections and many angry call recipients. For his experiment, Grant brought in a student who had benefited from the scholarship funds the call center raised. The student spoke to the call center staff for a mere 10 minutes, but the results of this talk were dramatic: Workers spent 142 percent more time calling potential donors and immediately brought in 171 percent more revenue. In a follow-up study, Grant found that revenue had increased an incredible 400 percent.

Despite these very convincingly positive results, Grant also admits that several caveats exist in his argument, wrote The New York Times. While givers can be some of the most successful people across many fields, they are also highly represented on the other end of the spectrum (i.e. burnout or failure), as givers naturally leave themselves vulnerable to exploitation. To this caveat Grant explains that, while people should give generously and genuinely, they should also be cautious of giving too frequently to takers, as that can drain their energy and actually hinder their success. In addition, the most successful givers are efficient about their giving and do not sacrifice their own life priorities in order to please others.

"The Secret to Success Is Giving, Not Taking," scientificamerican.com, April 9, 2013, Gareth Cook