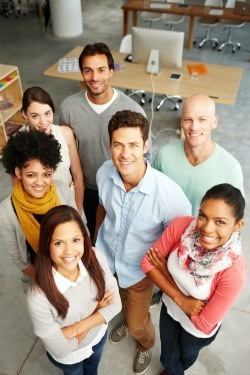 According to a Glassdoor blog post, the company assessed thousands of reviews by interns to determine its rankings. Facebook topped this year's list, knocking Google down to the No. 2 spot after having been No. 1 the last two years. Reviews posted by Facebook interns showed that the company earned the No. 1 spot for a variety of reasons, including its creative and innovative culture, free food and on-site laundry. Interns also said that they felt valued by full-time employees, worked with smart colleagues and contributed to projects that affected billions of people.

"The culture is pretty awesome and has staying power. The intern program is amazing and everyone is actually happy that the interns are there," wrote one Facebook software engineer intern at the company's Menlo Park headquarters.

The Silicon Valley Business Journal noted the tech sector had a strong presence on this year's list. Intel Corp. was ranked No. 6, Apple Inc., No. 9, and Yahoo Inc. made its debut at No. 14. Silicon Valley's Hewlett-Packard Co. also made the cut at No. 16, as did Cisco Systems Inc. at No. 18. Outside of Silicon Valley, tech companies that are hiring interns include Qualcomm Inc. (No. 3), Microsoft Corp. (No. 7) and Amazon.com Inc. (No. 25). According to Fast Company, Glassdoor said these companies -- as well as the others on the list -- were still hiring as of February 1.

While Glassdoor's report provides solid reasons to pursue opportunities at any of the companies on the list, it can still be a challenge to choose the right internship. The perks of Silicon Valley are enough to woo just about anyone, but there are other important things to keep in mind when searching for internships.

The Fiscal Times reported that various studies and surveys have shown that many employers feel young adults are not adequately prepared for the professional world and lack work ethic. So if you want potential employers to take you seriously, it is traditionally important to choose an internship where you can gain real world experience.

"Students should go for internships that will give them the opportunity to develop practical career skills that employers seek, such as leadership, team participation, problem solving, and verbal and written communication," said Alfred Poor, Ph.D., a speaker and writer who works with colleges, companies and families to help young adults make the transition from student to employee, in an interview to CityTownInfo. "Hiring managers can see what you've learned from your transcript, but they can only see what you can actually do by looking at your internship and work experiences."

"An internship isn't just a place to park for the summer, you need to walk away with experience. Concrete examples, results, tangible goods if that's the case, recommendation letters that you can use when you go out into the real world," said Rach.

Internships can also be another way to explore your interests and start focusing your career direction. Jennifer Rutt, Senior Director of Engagement at AfterCollege, a career network for college students and recent graduates, explained that internships can help you figure out what type of work you like and do not like or what kind of work environments you are interested in.

"Once you accept an internship, try to get the most experience in different roles in either a department or a company," said Rutt. "Ask to shadow different careers you are interested in, volunteer to work on projects, show enthusiasm and work ethic. Some companies even offer rotational internship programs where trying different roles is built into the program."

Ariana Arghandewal, a blogger, editor and publisher for PointChaser.com who has interned as several companies, recommended putting together an outline of your expectations and what you want to learn during your time as an intern for your manager and then checking in throughout the course of your internship.

"Set expectations. Just like the person hiring you has expectations, so should you," said Arghandewal.

"These Are The Best Tech Companies To Intern With In 2014, According To Interns," fastcompany.com, February 13, 2014, Alice Truong, http://www.fastcompany.com/3026413/fast-feed/these-are-the-best-tech-companies-to-intern-in-with-2014-according-to-interns