Glassdoor Releases the Top Internships in the Nation 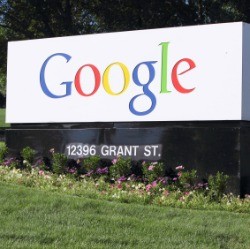 College internships have always been viewed as a vehicle to help one land a decent job postgraduation, and research suggests that this is particularly true in a challenging economy such as the one currently facing job seekers. NASDAQ reports that recent surveys conducted by the National Association of Colleges and Employers found that college students increased their chances of both landing and keeping a job if they had a college internship. Not surprisingly, those internships that pay are in higher demand. A recent analysis from the career site Glassdoor provides insight into which internships offer not just the best salaries but also the most satisfaction.

TechCrunch reports that the online jobs community Glassdoor analyzed companies offering internships and ranked them based on satisfaction ratings and salary reports submitted by past and current interns. The list identified which companies treat their employees the best, and which offered the best compensation. For the second year in a row, Google ranked the highest in terms of intern satisfaction, earning a 4.6-point rating on a 5-point scale.

"Google treats interns even better than full time employees," wrote a Google platforms project manager intern, as reported by TechCrunch. "All of the employees all the way up to VP personally spend time with you and take your opinion."

According to Forbes, Proctor & Gamble, Qualcomm and Microsoft followed Google on the Glassdoor list, each earning a 4.2 rating, with Nordstrom, GE and PWC right behind at 4.1. Tech companies fared particularly well on the list, accounting for several entries. Among them: Intel, Cisco and Amazon. A number of financial firms also earned high marks, including Ernst & Young, Merrill Lynch and JPMorgan Chase, among others.

"In tech and finance, the war for talent continues to be fierce, and it's not so surprising that the war for talent is fierce at the intern level," Glassdoor spokesman Scott Dobroski told Bloomberg Businessweek. "Why not tap the best young minds right out of the gate?"

Glassdoor also tracked which companies paid interns the most. According to Businessweek, VMware offered the highest pay at an average of $6,704 per month. EBay came in second with $6,500 per month, followed by ExxonMobile ($6,268), Facebook ($6,084) and Google ($5,891). As a comparison, the average U.S. household earns approximately $4,400 each month.

Interestingly, Glassdoor's list might lend weight to the old maxim that money does not always buy happiness: Companies that pay the best did not necessarily earn the highest ratings. According to Businessweek, only five of the 20 best-rated companies also ranked among the highest-paying.

"Compensation does not equate to 100 percent employee satisfaction," Dobroski told Businessweek. "Company culture is a strong piece, as is commute, how they feel about co-workers, and feeling like their work matters."

Businessweek notes that Glassdoor's figures and ratings were compiled based on reviews of 13,500 interns from 6,600 companies between January 2011 and January 2013. Only companies with at least 10 intern salary reports during that time were included in the analysis.

"Surveys Reveal Internships Are Precursors to Landing a Job and Keeping a Job," nasdaq.com, February 11, 2013

"The 25 Companies With the Highest-Paying Internships ," businessweek.com, February 14, 2013, Vanessa Wong