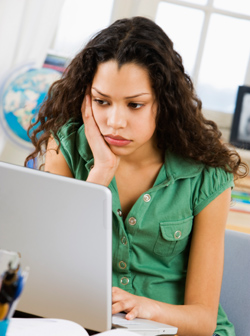 The unemployment rate of young people around the world has reached its highest levels ever and is expected to increase, according to a new International Labour Office (ILO) report. Of the world's 620 million youths, ages 15 to 24, 80.7 million were jobless in 2009. The number is expected to reach 81.2 million by year-end 2010.

Due to the global economic crisis, the youth unemployment rate increased to 13 percent in 2009 from 11.9 percent in 2007, as reported by The New York Times. "There's never been an increase of this magnitude--both in terms of the rate and the level--since we've been tracking the data," says Steven Kapsos, an ILO economist. The ILO forecasts the number should reach 13.1 percent by the end of 2010 and then, in 2011, see a moderate decline to 12.7 percent.

Out of frustration, many have stopped looking for work, particularly in harder-hit, European countries such as Spain and Britain. This could lead to a "lost generation," a group of young people who have abandoned the job market, believing they can't earn a living.

Young people are struggling harder than adults to find work, and young women have more difficulty than young men. Recovery of the labor market likely may reflect similar trends, according to the New York Times.

The UN News Centre reports that, per the ILO, the situation for youths in developing economies is bleaker, as they are more vulnerable to job instability and poverty. In 2008, a quarter of the world's young employed were in severe poverty, living in households where each person gets by on less than $1.25 a day. "The number of young people stuck in working poverty grows, and the cycle of working poverty persists through at least another generation," says the ILO's director-general, Juan Somavia.

Unemployment, underemployment, and the resulting discouragement also may negatively affect youths in the long term. One outcome is "wage scarring," the ILO report indicates, in which jobless youths lower their reservation wage as time passes and accept poorer quality, less-stable jobs, thereby increasing their vulnerability to future joblessness.

A high, protracted youth unemployment rate costs societies their investment in the training of youths, according to the UN News Centre. It means fewer contributions to social security systems, which results in governments eventually having to spend more on basic services for its citizenry. "Young people are the drivers of economic development," Somavia says. "Forgoing this potential is an economic waste and can undermine social stability."

The current recession highlights the need to address the significant challenges young people face upon entry into the job market, Somavia adds. "It is important to focus on comprehensive and integrated strategies that combine education and training policies with targeted employment policies for youth."