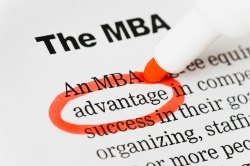 New surveys conducted by the Graduate Management Admission Council have found that MBA's are in great demand, but some have questioned the results of the studies.

The GMAC's 2011 Year-End Poll of Employers, which surveyed 229 employers at 216 companies throughout the world, found that nearly 75 percent planned to hire MBA's in 2012. That figure is a 16 percent increase over last year. Moreover, a third of the companies surveyed said they would be paying higher starting salaries to MBA's in 2012 than they did in 2011.

"The demand for MBA's is likely to maintain momentum to next year in part because of the goals companies appear to be focusing on," said Bob Ludwig, director of media and public affairs at GMAC, who was quoted by U.S. News & World Report. "More than half of companies focused on expanding their customer base (57 percent) and nearly half are looking to launch new products (44 percent). Prospective students should consider an MBA or management degree to help them develop the skills companies need and consequently stand out in the hiring mix."

As Financial Times reported, a separate GMAC survey also found that 86 percent of students of the MBA class of 2011 were employed after graduation--just 2 percent lower than the previous year. The GMAC Alumni Perspectives Survey, which included responses from 4.135 alumni who graduated between 2000 and 2011, also found that three out of four alumni of the class of 2011 said they believed they could not have landed their jobs without their MBA degree.

But some expressed skepticism about the rosy results of the surveys, since the GMAC also runs the Graduate Management Admission Test.

"GMAC definitely has a horse in the race," pointed out Dani Klein, who earned his MBA in 2011 and was interviewed by U.S. News. "From a PR perspective, they definitely want MBA's to appear sexier, but without actually seeing the raw data, who knows for sure?"

Others also questioned results of the Alumni Perspectives Survey. "It's worth noting that 86 percent of 2011 grads who were employed included 12 percent who went back to work for their pre-MBA employer," noted Louis Lavelle, who wrote an article for Businessweek, "not exactly a ringing endorsement for a degree that bills itself as a stepping stone to a new career."

Nevertheless, some employers felt the survey results were correct. "Hiring MBA's from top business schools is essential to our success. And 2012 is no exception," said Rommin Adl, executive vice president of the international business strategy consulting firm BTS, who was quoted by U.S. News. "We plan to hire even more MBA graduates this year than last year."