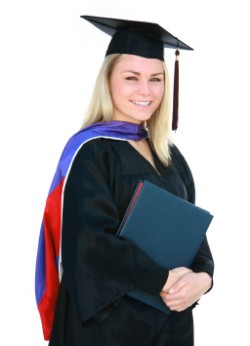 According to Poets & Quants, the Graduate Management Admissions Council (GMAC) reported that Class of 2011 MBA graduates are seeing a dramatic turnaround in this year's job market.

More soon-to-be MBA grads reported having at least one job offer months before graduation--54 percent said they had a job lined up, an increase of 22 percentage points from last year when just 32 percent had an offer. Additionally, more employers (67 percent) said they would hire new MBA grads in the coming year.

Furthermore, 2011 MBA grads will see higher base pay compared to their pre-business school salaries. According to Bloomberg Businessweek, 73 percent of those who completed two-year full-time MBA programs and had job offers received starting offers that were higher than their annual base salary before entering business school, up from 64 percent for the class of 2010. Eighty percent of graduates from one-year full-time programs reported a salary boost, up from 62 percent last year.

"After two years of contraction, we see a pronounced improvement in the job market for business school graduates," said Gregg Schoenfeld, GMAC director of research and author of the graduates' survey report, in Graduate Management News.

Rachel Edgington, author of the GMAC 2011 Corporate Recruiters Survey, agreed: "In 2011, more companies are focused on growth and expansion... we see a definite shift from a 'surviving' to a 'thriving' mode."

Poets & Quants pointed out that improvements in the job market are across the board, not just the top 25 or 50 schools that tend to outperform the industry or large companies that make the market. However, increased hiring was most notable in manufacturing, non-profit/government, high tech, finance and accounting, and products and services.

According to Graduate Management News, data was based on two separate surveys that GMAC conducted in February and March of this year. The Corporate Recruiters Survey included responses from 1,509 employers from 905 companies in 51 countries. The Global Management Education Graduates Survey was based on responses from 4,794 soon-to-be graduates at 156 graduate business schools around the world, most (88 percent) of which were from MBA programs as opposed to other master's programs.

"Job market for business school graduates bounces back," GMAC.com, May 2011