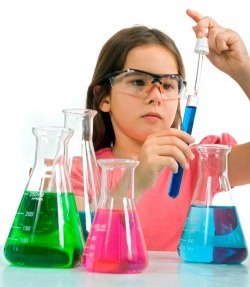 On Sunday, February 2, a toy startup named GoldieBlox made history with a Super Bowl ad that encouraged girls to get excited about STEM (Science, Technology, Engineering, and Mathematics), Forbes reported.

GoldieBlox, an Oakland-based company that makes engineering and construction kits for young girls, is the first small business to have an ad air during the Super Bowl and won the honor through an Intuit ad contest. In the video, which can be viewed on the GoldieBlox website, young girls haul their stereotypically-pink toys down the street and use them to build a rocket. Debbie Sterling, Stanford engineering alum and founder of GoldieBlox, stated that the ad "...hits on our personal mission. You watch it and get that there is more for girls than just toys in the pink aisle."

Rachael Sklar, an attorney and media critic, praised the ad in Forbes, noting that it was "a refreshing change to see empowered, active, fierce little girls -- a departure from the representation of women in general during the Super Bowl. It offsets GoDaddy and the like. And relaxing the strict framework in which the media depicts women feels like a vacation."

Jennifer Pozner, executive director of the Women in Media and News advocacy group, added that "[Sterling] has hit on something really useful and of the moment…Toy ads typically teach girls that they should be shoppers, or sexy girlfriends, or caretakers (of pets, or babies, or dolls). And when it comes to girls' toys themselves, they're either hyper-sexual dolls like Bratz, or toy brooms and irons." In a seemingly direct response to the "pink" theme of the GoldieBlox commercial, Pozner continued, "The colors, language, and tone of kids commericals are gender segregated and regressive: girls are sold pastels and pink, with sing-song dialogue and fairy tale packaging, while commercials targeting boys feature dark blues, purples and blacks, with violent imagery and words like 'Fight! Battle! Win! War!' It's that pervasive form of cultural conditioning that the GoldieBlox ad responded to."

Pozner's comments mimic the experiences that Sterling said inspired her to launch a Kickstarter campaign in the fall of 2012. Sterling recounted that she visited a toy store and noticed that there had been little change in the girls' aisle since she was a kid -- the aisle was filled with toys that were pretty and pink but did not really engage the mind. She added that her eventual goal with GoldieBlox is to encourage more girls to pursue STEM careers.

The National Girls Collaborative project revealed that according to 2012 Bureau of Labor Statistics data, while women do comprise almost 60 percent of the overall workforce, they are underrepresented in STEM occupations. For example, only 13.1 percent of civil engineers and 22.3 percent of chemical engineers are women. On the other hand, women do make up about 46 percent of chemists and material scientists.

Disparities are also prominent in higher education. While women earn more than 50 percent of bachelor's degrees in biological science disciplines and 43.1 percent in mathematics and statistics, they earn only 18.2 percent in computer sciences and 18.4 percent in engineering, according to 2013 National Science Foundation data.

As she told the San Francisco Chronicle before the commercial aired, Sterling founded GoldieBlox in an effort to improve these numbers. "It will be refreshing to see something empowering for girls during the big game; it should resonate with so many people."

GoldieBlox has already garnered success on the business side. Thanks to a surge in media attention following the Kickstarter campaign, GoldieBlox has found its way to Toys R Us stores and approximately 1,000 mom-and-pop toy stores. Target also plans to carry the company's products. After winning Intuit's ad contest, the company even opened a second factory in China to meet anticipated demand for its toys.