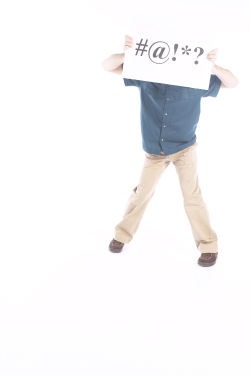 Global investment banking and securities firm Goldman Sachs will no longer tolerate profanity in emails from all 34,000 employees, reported The New York Times.

According to The Wall Street Journal, the company was severely criticized after Thomas Montag, who helped run Goldman's securities business, used a "six-letter expletive" in a June 2007 email. The incident resurfaced at a Senate hearing in April when the company was accused of fraud. During the hearing, Senator Carl Levin (D-Mich.) repeatedly used the word to flay Goldman officials, said MSNBC.

Because the new policy forbids profanity in emails, it was announced verbally, stated The Wall Street Journal. Additionally, the new policy does not clearly state what words, terms or acronyms are banned. Nonetheless, Goldman will be implementing screening software to detect common swear words as well as swear words censored with asterisks.

The ban would apply not only to emails, but also instant messages and texts from company-issued cell phones. Inappropriate emails would get forwarded to the compliance department or be blocked entirely, depending on the severity of the language. Currently, no disciplinary measures are in place, but habitual offenders can expect to be approached by their managers to discuss the problem.

A company spokeswoman noted that this is nothing new. "We have policies about the use of appropriate language and we are always looking for ways to ensure that they are enforced," she said.

Goldman Sachs is not the only company trying to clean up its act. According to The Wall Street Journal, Citigroup Inc. and J.P. Morgan Chase & Co. also have policies that prohibit swearing in company emails. Morgan Stanley routinely reminds its employees to keep their emails "'professional, appropriate and courteous at all times'". New York-based media company Bloomberg LP has monitored emails for more than ten years. The company uses an application that can identify 70 profane words and phrases in numerous languages. CME Group, on the other hand, fines traders who use profanity on the trading floor. A first offense results in a $1,000 and "egregious violations" can result in a fine up to $20,000.

Although the policy could save the company from another embarrassing incident, MSNBC pointed out that cursing on the job may have some benefits. Yehuda Buruch, a professor at London's Norwich Business School at the University of East Anglia, studied the phenomenon and found that it is often used to release stress or as a way for colleagues to bond. Dan McGinn, an editor at Harvard Business Review, agreed with Buruch's findings. "I'm not advocating for swearing, but it can lead to intimacy and authenticity," he said.

Although cursing may be less of a taboo in the workplace, MSNBC warned that it is still unacceptable in most work situations, particularly those involving customer relations or interviewing. Goldman Sachs employees are now learning that lesson the hard way.