Good Jobs Might Not Require a College Degree, Experts Say 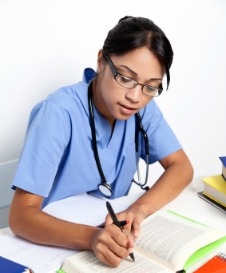 Many individuals believe in the merits of a four-year college degree for finding well-paying and stable jobs. Some experts, however, have drawn upon government data to show that a good number of occupations exist that do not require a bachelor’s degree. According to the Tampa Bay Times, many companies are actually in need of people who can fill skilled trade positions in such fields as health care, construction, hospitality, and food service. In addition, The Huffington Post reported that temporary positions have seen a significant increase in demand since 2009. These trade and temp positions still require some post-high school education and training—for example, an associate degree, a certificate combined with work experience, or an apprenticeship. However, such required credentials are generally less expensive to obtain than a bachelor’s degree, and also take less time.

The Tampa Bay Times listed occupations such as electrician, respiratory therapist, sous chef, plumber, and paralegal as jobs that have a promising outlook but do not require a four-year college degree. Similarly, The Huffington Post cited career expert Laurence Shatkin’s findings that health care and construction are two industries that are likely to provide a good number of jobs to individuals without a college education. Examples include physical therapist assistants, carpenter helpers, and veterinary technologists and technicians. These are just a few of the numerous occupations that have an employment growth outlook of over 45 percent between 2010 and 2020.

According to the Tampa Bay Times, the preparation needed for the occupations described above range from earning a relevant associate degree, passing a licensing exam, or undergoing some training either through an apprenticeship or a technical/vocational school program. These career preparation options not only cost less than a full four-year bachelor’s degree, but also allow individuals to begin working sooner and in some cases even earn a wage as they learn the skills necessary for their job.

Certifications are also helpful for individuals who have earned a bachelor’s degree, according to Fox Business. “Credentialing can bolster the education you already have,” Katharine Brooks, career services director at the University of Texas at Austin, told Fox Business. Managing Director of DePaul University’s career center Gillian Steele agreed, adding that liberal arts graduates could consider earning a certificate in relationship marketing, sales leadership, project management, or another skill that is related to the career field they wish to enter.

The benefits of certifications and the cost-effectiveness of associate degrees and apprenticeships, however, do not discount the value of the traditional college degree. As Eric Seleznow of the National Skills Coalition said in Fox Business, “Unemployment is lower for people with college degrees than for those with some college, and then unemployment is lower for those with high school degrees than for high school dropouts.”

Regardless of the route one takes towards the career one wishes to have, career experts agree on several key steps for job search success. These steps include researching, networking, and using the abundant career resources available to the public both online and offline. Fox Business recommended that job seekers use a government funded resource called CareerOneStop. These centers provide information to the public regarding local job openings and the training necessary to qualify for such positions. Researching reputable associations that serve professionals in the field of one’s interest can also be a useful way to discover and prepare for helpful certifications and licenses. And just as for any job, talking with friends and family and setting up informational interviews with individuals who hold a job that interests one are essential elements of any successful career search.

“Where to Get Job Training to Boost Resume,” foxbusiness.com, November 5, 2012, Marilyn Kennedy Melia

“You can land a well-paying job without a college degree,” tampabay.com, October 29, 2012, Marie Stempinski