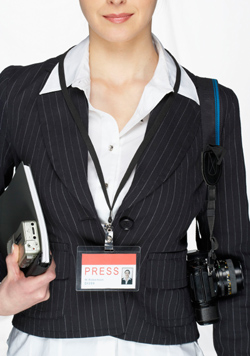 The University of Colorado at Boulder announced that it would explore the discontinuation of its journalism school, adding to the vast debate over the transformation of journalism education.

CU-Boulder created an exploratory committee that will examine ways to form a new academic unit while still drawing on existing strengths to prepare students for the ever evolving media and communications marketplace. "We want to strategically realign resources and strengths currently existing on the CU-Boulder campus to ensure that course and degree offerings meet the needs of students, the labor market, our campus mission and the communications needs of a rapidly changing global society," said Chancellor Philip P. DiStefano.

New media and technology has affected every aspect of journalism. While many colleges have already begun to respond to the changing digital landscape, Inside Higher Ed noted that CU-Boulder's announcement was dramatic in that it suggests that an entire school needs to be destroyed before a more effective model can be realized.

The three-member exploratory committee does not include any journalism faculty. Nonetheless, they will recommend whether to retain, alter or eliminate the School of Journalism and Mass Communication. According to CU-Boulder, after a series of reviews and recommendations from the exploratory committee and the Academic Review and Planning Advisory Committee, a report will be considered by the chancellor for a decision or recommendation, which will then be presented to the Board of Regents sometime in early 2011.

Regardless of the outcome, all undergraduate and graduate students who have been admitted will be able to complete their degrees.

While many journalism professors across the country support any move that will address the changing media landscape, there is significant concern that training students for the Internet age may compromise crucial journalism skills such as basic writing, reporting and critical thinking, reported Inside Higher Ed. Roy Peter Clark, senior scholar at the Poynter Institute, argued that journalism schools are supposed to be the kind of places where students learn to think critically about the world around them. He added that it is necessary for journalists to have qualities such as storytelling ability, news judgment, evidence-gathering skills and "a notion of what the mission and purpose of journalism really is". He is concerned that colleges enamored with new technologies may lose sight of that. "The journalism school should be a place where the faculty should be engaged not in just turning out little journalism machines," he said.

Students, on the other hand, are a bit more optimistic. In Daily Finance, Bruce Kennedy, professor of Multimedia Journalism for the Non-Major at CU-Boulder, wrote that one of his students said she was excited that the field is moving in a new direction. "Technology seems to be promoting a new level of individualism in journalism while at the same time enabling greater collaboration...it is crucial for journalists to be equipped with the necessary skills to not only stay current but to also shape the future of news production," said Dana Anderson in an email to Kennedy.

Despite the industry's uncertainties and well-publicized struggles, journalism remains a popular program across the country. According to Inside Higher Ed, enrollment in many programs has not decreased. In fact, journalism is still among CU-Boulder's most popular majors. Lee B. Becker, a Georgia journalism professor who co-wrote the University of Georgia's Annual Survey of Journalism and Mass Communication Graduates, said, "My sense is that we are not in a situation where communication is any less important or communication skills are any less important...I see tremendous amount of evidence that the communication industry--broadly defined--is vibrant."