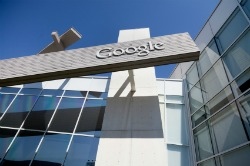 When it comes to identifying that dream job, young professionals nowadays look to well-known technology companies with worldwide names. Think Google, Facebook, and the like.

According to The Wall Street Journal, a survey of about 6,700 workers found that when it comes to landing the perfect job, today's young professionals gravitate toward high-tech companies. The survey, conducted by employment data and consulting firm Universum, asked respondents to choose their most desirable places to work from a list of more than 200 companies. One in five early-career workers named Google their top choice for the second year in a row while Facebook and Apple rounded out the others as the top three. Amazon, Microsoft and Sony also made the top 10.

But, environment and challenging work count, too. Universum's Director of Americas Chris Cordery told The Wall Street Journal that young workers believe the company offers challenging work in a fun atmosphere. Cordery explained that candidates "look at Google as compensating employees well and offering challenging work but at the same time it will be a fun and strong culture."

According to CNET, Google's performance in the survey was nothing new: another Universum survey conducted in September noted that the search engine giant was also the most attractive employer among those with business and engineering degrees, surpassing other big name companies such as IBM and Microsoft.

While tech companies fared well in this year's survey--six made it in the top 10--financial institutions floundered. Digital Trends noted that financial firms dropped significantly in rankings. Bank of America Merrill Lynch, for instance, dropped from position 48 last year to 77 this year, which The Wall Street Journal noted was the steepest decline of any company on the list.

Although the survey did not collect data determining why financial firms fared so poorly, Cordery attributed it to a broad distrust of large financial institutions following the financial downturn.

"These organizations may not be as attractive as they once were," said Cordery to The Wall Street Journal.

Finance was not the only industry to see a decline on this year's survey: accounting and management consulting firms also dropped in popularity. Oil and gas companies became significantly more attractive, however, thanks to aggressive marketing efforts and a strong jobs market.

The Wall Street Journal noted that difficult economic times can make obtaining a job at any of these top-ranked companies challenging, and that many young workers are hesitant to leave their current positions despite the 4.4 percent unemployment rate for college graduates age 25 and over. Yet, some 61 percent of young professionals indicated that they would like to leave their current job within the next two years.