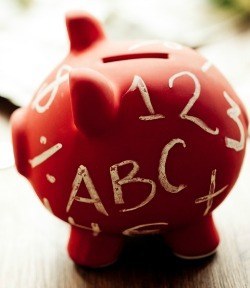 On Wednesday, Google officially announced the launch of its new growth equity fund, Google Capital, by making its first investment in education.

As announced in a Google blog post, the new investment arm is backed by Google and led by partners David Lawee, Scott Tierney and Gene Frantz. While it is somewhat similar to Google Ventures in that both aim to invest in the most promising startups, Google Capital differentiates itself in two significant ways: instead of focusing on early-stage investments as Google Venture does, Google Capital will provide late-stage capital for startups that have hit their growth phase. It will also provide more than just a monetary investment. According to the blog post, Google Capital's portfolio of companies may have access to the company's workers.

"While many investors may contribute money and advice to the companies they support, Google Capital is going beyond that and tapping into our greatest assets: our people. They help us succeed, and we believe they can help our portfolio companies do the same," read the blog post.

According to Bloomberg, Google Capital has $300 million in its fund this year. On Wednesday, it put $40 million into education software company Renaissance Learning Inc. TechCrunch noted that while the Wisconsin-based company may seem relatively unknown, it has a large presence in the education space. Founded in 1984, the company aims to enhance learning and teaching by providing assessment tools and data, which educators can use to create more effective teaching methods.

"For many educators, the question is not whether to embrace new technology, but how to embrace technology in a way that makes teachers' lives easier and meaningfully boosts student achievement," said Frantz in a statement quoted by The New York Times. "Renaissance Learning is at the forefront of this educational movement, and their ability to use data to support effective teaching and drive student growth is unparalleled."

TechCrunch pointed out that Google has expressed an interest in the education space with its launch of Google Apps for Education and its Chromebooks, which are now being used at a variety of schools. It seems as though Google hopes to increase its influence -- Lawee told Bloomberg that education will be one of Google Capital's key investment areas. Another target area is small and medium-sized businesses where Google can boost sales of its cloud software and services. These are not the only areas that Google Capital is looking at, however. The blog post noted that the team will look into a range of industries to find companies with new technologies and proven track records. Despite the Wednesday announcement in Google's blog, Google Capital has been in existence for about a year and, according to Bloomberg, was part of a $125 million investment in LendingClub Corp., an online peer-to-peer loan service. It also backed online survey provider SurveyMonkey.

According to Bloomberg, Lawee said Google Capital's goal is to triple its money from each investment over the course of several years, and they see that type of potential with Renaissance Learning.

"Nothing matters if we don't make returns," said Lawee in Bloomberg. "Building a successful investment firm that leverages the insights of Google and all these things we are talking about -- that's like a 20-year vision."