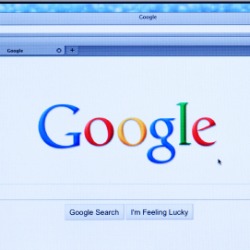 After much data analysis, Google has amended its long-time hiring practices. It no longer regards stellar transcripts and grade point averages as indicators of good employees, Beta Beat reported. The tech company even has been hiring more people who never went to college. Also, Google has done away with its puzzlers -- mind-boggling questions posed to job interviewees.

Laszlo Bock, senior vice president of people operations at Google, recently shared these insights in an interview with The New York Times. He called test scores and GPAs "worthless as criteria for hiring" because "they don't predict anything." He added that academic environments aren't real, and people only do well in them because they're trained and conditioned to. In his view, innovative problem solving trumps having the correct answer in a classroom.

Today, Google only requests academic transcripts from recent graduates, Business Insider noted. Since the tech giant revised its policy of requiring school records from all applicants, the number of individuals without a college degree it has hired has risen.

"What's interesting is the proportion of people without any college education at Google has increased over time as well," Bock said. "So we have teams where you have 14 percent of the team made up of people who've never gone to college."

However, most of Google's new hires still are college graduates. For many of the company's jobs, its engineering ones, for example, a college education remains the requisite, as it's the place people learn the required skills and knowledge.

According to The Huffington Post, Google has eliminated interview brain teasers such as, "A man pushed his car to a hotel and lost his fortune. What happened?" or "How many golf balls can you fit into an airplane?" For years it had asked these, following in the footsteps of Microsoft, which pioneered the concept in the 1990s. (Other tech giants like Apple, IBM and Facebook also have reportedly used these questions.)

"We found that brainteasers are a complete waste of time," Bock said. "They don't predict anything. They serve primarily to make the interviewer feel smart."

The better strategy, Bock told The New York Times, is to ask prepared, behavior-focused questions like, "Give me an example of a time when you solved an analytically difficult problem."