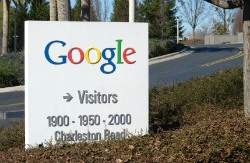 Earlier this year, Google announced that 2011 would be its biggest hiring year since 2007. And although the search engine giant already owns or leases more than 65 buildings on more than 98 acres in the city of Mountain View, reported International Business Times, the company recently announced that it plans to build an entirely new campus as well as lease a campus as big as 630,000 square feet.

While Google is not sharing details of the new building, Ingenhoven's resume suggests that it will incorporate renewable energy sources as well as conservation features and will be innovative and eye-catching. Construction may start as early as 2012.

According to GreenAnswers, hiring Ingenhoven Architects is in line with Google's commitment to environmentally-friendly practices. The company also buys renewable wind energy, uses recycled electronic equipment and offers incentives for employees who use alternative modes of transportation.

Another article by San Jose Mercury News reported that Google will also lease corporate space across from Highway 101 on Ellis Street. The new campus is said to be as big as 630,000 square feet. International Business Times noted that the premium office space, known as "The Quad", in addition to the brand new campus brings Google to a total of three campuses in Mountain View and will be enough space to accommodate the army of "Nooglers" the company plans to hire.

In addition to taking over more of the city of Mountain View, Google has also requested that the city revitalize the area east of Highway 101 and include more retail and housing. John Lovewell, partner with Keenan Lovewell Ventures, owner of The Quad, said Google's plans will be a much needed economic boost for the area.

"It's a premier area in Mountain View now," he said.

San Jose Mercury News reported that the company plans to hire more people than ever before, even more than the 6,131 new hires it had in 2007. Although Google does not disclose hiring information, one-third of Nooglers are expected to be from the Bay Area.

"Google to build its own office space," mercurynews.com, May 9, 2011, Mike Swift