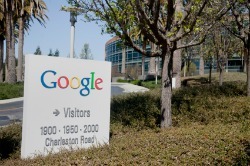 Internet supergiant Google announced it will be partnering with four institutions to offer an Internet research institute.

SmarTrend reported that Google will open the institute in October 2011 in Berlin's oldest university, Humboldt University. According to The Local, the institute--called the Institute for Internet and Society--will explore web innovations and their impact on society, science, politics and the economy. The Internet research institute will also explore regulation and copyright issues.

"We are witnessing a new era, the era of the Internet," said Executive Chairman Eric Schmidt as quoted by FoxNews.com. "The institute will help describe the changes that are associated with the development of this breakthrough technology."

Though it will receive euro4.5 million ($6.41 million) a year in funding from Google for the first three years, the institute will not study issues specifically related to Google's search engine. Furthermore, Humboldt University President Jan-Hendrik Olbertz told The Local that the company will not be allowed to influence or interfere with research. According to FoxNews.com, Schmidt acknowledged that such a separation was necessary.

"The new institute will be fully independent of Google, which is very important," said Schmidt.

As The Local noted, some have been skeptical of Google's motives, claiming that the institute is an attempt to win over the German public and politicians, who have criticized Google for the way it handles personal information. When Google map's street view feature was launched last year, many demanded that their location be blurred out.

According to FoxNews.com, the Berlin University of the Arts, the Social Science Research Center Berlin and the Hamburg Hans-Bredow-Institute will be involved in the project. It will be fully funded by Google for the first three years. After that, it will need to find additional sponsors.