Google Vs. Goldman: Most Ideal Employers Among MBA Graduates 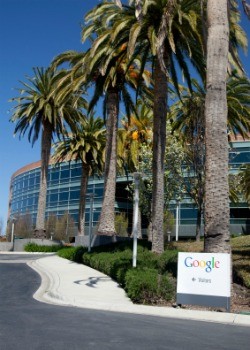 Like the dot-com boom of the 90s, MBA students are once again eyeing big name technology companies, according to a survey from employer-branding firm Universum.

As CNN Money reported, tech and engineering companies have climbed up the rankings for this year's most desirable employers, with Google topping the list for MBA graduates. Apple also made it to the top, climbing two spots to No. 3. Once the favorite, banks and financial institutions slid down the list, but are far from disappearing. According to the survey, the top 10 ideal employers include Google, McKinsey & Company, Apple, Goldman Sachs, The Boston Consulting Group, Bain & Company, Facebook, Amazon, J.P. Morgan and Nike.

Karl-Johan Hasselstrom, regional manager at Universum, told CNN Money that B-school students are drawn to the challenging work environment that is well-known at technology companies. In fact, a competitive and intellectual challenge was the No. 1 career goal among this year's MBA grads. Last year's top priority was having a work/life balance.

"Top talent is thinking about their resume and about where they're going to be challenged and excited, which I think might explain some of the tech companies on the list," said Russ Hagey, chief talent officer for Bain & Co., to The Wall Street Journal.

Though not the top priority, CNN Money noted that job security and opportunity were still important to recent grads, which kept traditional consulting firms like McKinsey & Company at the top.

However, interest does not always translate to employment. As The Wall Street Journal reported, of the 38 respondents from the University of Chicago's Booth School of Business who listed Google among their top-five employers, fewer than four 2010 graduates actually ended up working there. Sixty of Booth's students idolized McKinsey in 2010, but just 24 graduates accepted jobs there.

According to Universum, the survey measures employer appeal among MBA students, data which can then be used when recruiting MBA graduates. This year, Universum surveyed 6,297 business school students from 72 leading MBA schools. More than 25,000 employers were evaluated. The survey took place between December 2010 and March 2011.