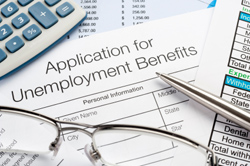 Governor Rick Snyder signed into law a bill that would cut unemployment benefits in Michigan by six weeks starting next year.

According to the Detroit Free Press, the legislature was intended to lower unemployment taxes for Michigan employers, who already owe the federal government approximately $3.96 billion in borrowed money for unemployment benefits.

Democrats and advocates for the jobless expressed opposition towards the new law. Many argued that it does not make sense for a state that has one of the nation's highest unemployment rates--11.3 percent in February, according to NPR--to be so stingy when it comes to benefits for the jobless.

"It turns the clock back 50 years at a time when unemployment is at historic highs since the Depression," said Representative Sander M. Levin, Democrat of Michigan, as quoted in The New York Times. Levin added that he was worried that other states would soon follow suit. Florida and Arkansas are already thinking of reducing their unemployment programs.

Critics of the measure were also outraged by the fact that the reduction was slipped into the bill unknowingly. As The New York Times noted, the original bill was supposed to reduce unemployment fraud and ensure that the state's long-term jobless would continue receiving benefits from the federal government. Republican lawmakers later amended the bill, extending benefits through this year, but reducing them to 20 weeks starting January 2012.

Supporters, including Republicans and businesses, argued that the bill was necessary, as the state has already borrowed nearly $4 billion to maintain unemployment benefits and increased unemployment taxes on businesses, which are now struggling to pay back the federal money.

Wendy Block, spokesperson for the Michigan Chamber of Commerce, told the Detroit Free Press that reducing the average time a person can collect unemployment benefits would help keep Michigan businesses competitive with other states. Furthermore, Block noted that the average recipient is on unemployment for 20 weeks so the jobless should feel little impact.

However, some Michigan residents disagreed. Melissa Barone lost her job in August 2009 and has been collecting unemployment since. Barone, who is now training to become a nurse, told The New York Times, "Maybe what they need to do is look at giving businesses more incentives, rather than taking from the guy that is unemployed and needs those funds."

According to The New York Times, more than half the country owes the federal government a total of more than $46 billion, as most states were not financially prepared for the economic downturn.