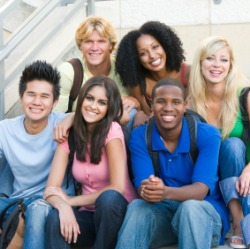 As the government shutdown enters yet another day, many Americans are tallying the ways they are -- or are not -- directly impacted. But while veterans, WIC recipients, and furloughed government workers are grabbing headlines, there are a number of additional groups feeling the strain, too -- including college students.

The USA Today reports that college students are being impacted by the government shutdown in several, sometimes unexpected ways. The U.S. Department of Education's Office of Civil Rights has ceased all investigations regarding universities' alleged mishandling of sexual violence cases on their campuses, for instance, and scholarly resources students rely on for academic research are also not being updated. Students affiliated with the U.S. military are also feeling the pinch. Although immediate veteran education benefits are being processed and paid, the main hotline students call with questions about their benefits is disabled. Career counseling is also limited. The U.S. Merchant Marine Academy shut down last Tuesday and said it will be forced to send home more than 1,000 midshipman if the government does not reopen soon. The Air Force Academy in Colorado Springs, Co., and the Naval Academy in Annapolis, Md., have been forced to cut classes.

Another group of students directly impacted by the government shutdown are those studying science. The Public Library of Science reports that students working in federally funded labs are being furloughed, and groups like NASA have been forced to send their student interns home. Funding is also a problem, especially where research grants are concerned. The National Institute of Health has suspended its grant applications, and graduate students hoping to apply for the National Science Foundation Research Fellowship are unable to access their online applications in the face of a tight deadline.

"The government is shut down which means I CAN'T ACCESS THE@NSFGRFP APP," Tweeted one student, as reported by the PLOS. "It's due in 35 days. Cue minor panic attack."

Given all of these challenges, perhaps it is no surprise that many college students report feeling increasingly jaded where government is concerned. In another The USA Today report, government and political science majors said they are even reconsidering their majors. Connie Flanagan, professor of human ecology at the University of Wisconsin who has studied how college students get involved in their communities for 25 years, is concerned that will deter more students from voting -- there was already a notable decline in young voters between 2008 and 2012. "The belief in the efficacy of Congress is at an all-time low," she said.

Fortunately there are some areas of higher education that are generally unaffected by the government shutdown. Forbes reports that the Free Application for Federal Student Aid is still up and running, as are The Common App and SAT Exams. Student loan collection is also expected to continue without a hitch.

"If you've been in a media blackout for the past week and haven't realized the government went into shutdown, you probably wouldn't notice any difference if you went online to apply to aid, to submit a payment, etc.," Kal Chany, author of the Princeton Review's "Paying for College Without Going Broke," told Forbes.