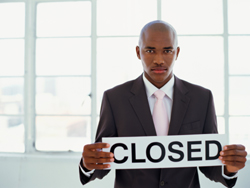 California Governor Arnold Schwarzenegger has enforced a second round of mandatory furloughs to combat the state's billion dollar deficit.

CNN Money reported that the governor ordered some 150,000 state employees to take three unpaid days off per month until the state budget is in place and the Department of Finance confirms that California can maintain its financial obligations through the end of the fiscal year. Originally, the furloughs were scheduled to start on August 1, but were temporarily put on hold by a lower court decision. The state supreme court recently lifted the block and allowed the furloughs to resume on August 20.

According to the Los Angeles Times, Gov. Schwarzenegger also ordered workers to take a floating unpaid day by the end of August. The furloughs are expected to save the state $150 million per month; state employees, on the hand, will be taking an approximate 14 percent pay cut. Only law enforcement and tax-collection employees, as well as six labor units that have tentative contracts with the governor, are exempt from the mandatory unpaid days off.

Furloughs first went into effect in February 2009, but expired at the end of the fiscal year on June 30. However, because lawmakers have remained in deadlock over the state's $19 billion deficit, Gov. Schwarzenegger called for mandatory unpaid days off until a budget is agreed upon. Several unions had sued to block the renewal of mandatory furloughs. CNN Money reported that The Professional Engineers in California Government union said it would fight to prove that furloughs are illegal.

Many have placed the blame for this year's budget impasse on political leaders, pointed out The Christian Science Monitor. "Last year, our steep drops in revenue were a symptom and product of a global recession outside of our control. The fiscal crisis that we face today is 100 percent avoidable--and the only thing standing in our way is the absence of leadership," said California State Controller John Chiang. In addition to furloughs, California will also have to issue IOUs to keep the state solvent, said Chiang to CNN Money.

Barbara O'Connor, director of the Institute for the Study of Politics and Media at Sacramento State University, told The Christian Science Monitor that politicians procrastinated on the budget because they did not want to face the consequences of angry voters during the fall election. "Every forecaster on the planet said 'this is coming, this is coming, this is coming,' and [legislators] could have precluded it but they haven't," she said.