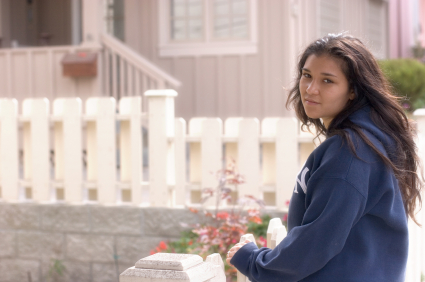 As college graduates face one of the bleakest job markets in history, many are being forced to move back home with their parents until finding gainful employment.

A survey conducted by the Pew Research Center last November found that 13 percent of young adults ages 22 to 29 had moved in with their parents after living on their own as a result of the recession. Yet the numbers increased dramatically in a survey that focused solely on recent college graduates: USA Today reports that according to a poll by entry-level job site CollegeGrad.com, 80 percent of 2009 college graduates moved back home with their parents after graduation. By comparison, 77 percent of graduates moved back home in 2008, 73 percent in 2007 and 67 percent in 2006.

"When I started applying for jobs back in September, I thought I'd have it all lined up by the time of graduation. But it's a different economy now," said Matthew Denney, who is graduating from William Woods University this month and was interviewed by KRCG 13 in Missouri. He will be moving home to Canada, where he will continue his job search.

Experts are advising parents to plan carefully to help ease the transition of having an adult child at home. Marc Hebert, president of investment firm The Harbor Group Inc., told WMUR 9 in New Hampshire that parents should consider charging rent to new graduates who have jobs, even if it's set aside in a fund for their future expenses such as a wedding or home. He suggested that parents also assign regular chores to their adult children, and discuss an eventual date when they will be moving out.

But while laying down the law at home is reasonable, some parents are going too far in trying to help their college-age children find jobs. MSNBC.com reports that because of the limited job opportunities available, some parents are going overboard by getting too involved in their children's job searches, accompanying their children at job fairs, and even taking part in salary negotiations.

"I recently received a call from the mother of a Ph.D. student who was applying to jobs on behalf of the daughter and thought there was nothing wrong with it," said Steven Rothberg, president and founder of CollegeRecruiter.com, who was interviewed by MSNBC. "The mother asked for suggestions for what jobs she should apply to on behalf the daughter and I told her none. It never occurred to her that her daughter should be in charge of her own career, especially as she was in her late 20s and looking for a professional position."

"Toughest Test Comes After Graduation: Getting a Job," USA Today, May 19, 2010, Laura Petrecca